Mobility plays a key role in the EU economy. However, the EU transport sector still relies heavily on fossil fuels and is responsible for one quarter of Europe’s greenhouse gas (GHG) emissions — a share that keeps growing. In addition, the sector is a significant source of air pollution despite significant progress achieved since 1990, especially of particulate matter (PM) and nitrogen dioxide (NO2), as well as the main source of environmental noise in Europe. Current efforts to limit the sector’s environmental and climate impacts in Europe are not sufficient to meet the EU’s long-term climate and environmental policy objectives.

GHG emissions from transport (including international aviation but excluding maritime shipping) account for around one quarter of the EU’s total GHG emissions. Transport is the only major European economic sector in which GHG emissions have increased. Preliminary data for 2018 show that they were 29 % above 1990 levels. This increase is despite improvements in the efficiency of vehicles and is in line with increases in economic activity — measured by gross domestic product (GDP) — and increases in demand for passenger and freight transport.

The modal split in passenger transport did not change much in the decade 2010-2019 in the EU-28. Passenger cars largely dominated (83 %) and accounted for most of the increase in inland passenger transport volumes, followed by aviation. The shares of rail transport and bus and coach services in the passenger modal split remained low (8 % and 9 %, respectively), and did not significantly change between 2005 and 2017 (+1 % and −1.4 %, respectively).

Road freight and waterborne transport (inland waterways and maritime) were responsible for over 85 % of total freight transport volumes, followed by rail (11 %) (EC, 2019b). During the period 2000-2017, among the other freight transport modes, freight transport by road increased the most (by 24 %). This was due to substantial growth in road freight in the EU-13, which tripled over the same period.

CO2 emissions from new passenger cars and vans are increasing

In 2018, petrol passenger cars were the best-selling vehicles in the EU, constituting almost 60 % of sales (up from 53 % in 2017). Diesel cars made up 36 % of new passenger car registrations (95 % for new vans). Market penetration of zero- and low-emission vehicles, including electric cars, remained slow in 2018. With the 2021 target of 95 gCO2/km approaching, we need much faster deployment of cars with low emissions across Europe.

For the first time, average CO2 emissions from new vans also increased. In 2018, according to provisional data, average emissions increased by 2 gCO2/km compared with 2017. This is the first increase since the regulation came into force in 2011, following a sharp decrease in 2017. However, during the period 2012-2018, average specific emissions decreased by 22 gCO2/km or 12 %.

Aviation has experienced significant growth in recent decades. GHG emissions have more than doubled since 1990 and were 29 % higher in 2017 than in 2000. Emissions from the sector have increased over each of the last 5 years (2013-2017), at an average rate of 3 % each year. In 2017, GHG emissions from aviation represented 3.9 % of EU GHG emissions.

Intra-EEA aviation is included in the Emissions Trading System (EU ETS). International flights are to be covered by the Carbon Offsetting and Reduction Scheme for International Aviation (CORSIA), developed by the International Civil Aviation Organization (ICAO).

The objective of CORSIA is to stabilise net CO2 emissions from international aviation at 2020 levels by requiring airlines to compensate for any increase in their emissions beyond 2020 levels. As stated in the European aviation environmental report (EASA et al., 2019), robust implementation will be key to ensure the effectiveness of CORSIA. Although the EU will participate in the scheme voluntarily before it becomes compulsory in 2027, the European Commission will also propose reducing the EU ETS allowances allocated for free to airlines (EC, 2019a).

Monitoring, reporting and verification of greenhouse gas emissions from shipping — in progress

GHG emissions from shipping peaked in 2008, followed by a reduction of almost 25 % up to 2015, in large part due to economic recession and improvements in energy efficiency. Since 2015, these emissions have been gradually increasing, amounting to 146 MtCO2 in 2017. This is still 20 % below 2008 levels.

A new system for monitoring, reporting and verification (MRV) of CO2 emissions from maritime transport (established by Regulation (EU) 2015/757, the EU MRV Regulation) started in 2018, introducing obligations to report data on annual maritime CO2 emissions and other relevant information.

Moreover, in April 2018 the International Maritime Organization (IMO) adopted an initial strategy to reduce GHG emissions from ships by at least 50 % by 2050 compared with GHG emissions in 2008, with efforts to phase them out completely. Under the IMO, monitoring of fuel oil consumption of ships, similar to that carried out by the EU via the MRV Regulation, began on 1 January 2019, with the aim of adopting a revised strategy in 2023 (IMO, 2019).

Transport remains very dependent on oil: oil-derived fuels account for 95 % of energy consumption in transport. After reaching a peak in 2007, transport oil consumption (including maritime bunkers) decreased continuously until 2013, when it reached a level 12 % below that of 2007. This resulted from:

Within the sector, road transport accounts for the largest share of oil-derived fuels and was responsible for 71 % of total EU consumption in 2017. Despite a decrease since 2007, energy consumption from road transport in 2017 was still 28 % higher than in 1990. The fraction of diesel used in road transport continued to increase between 2000 and 2017, from 52 % to 72 % of total fuel sales in road transport. This confirms the increasing dieselisation of Europe’s vehicle fleet over that period.

Renewable energy in this sector comes overwhelmingly from biofuels (close to 90 %); electricity still plays a limited role. A higher share of renewable electricity use in the transport sector would reduce the pressure on biofuels to reach the EU’s 10 % target (EEA, 2018).

The Fuel Quality Directive (FQD) set out reporting requirements for:

· their lifecycle GHG emissions, including those resulting from indirect land use change (ILUC) for biofuels

The FQD sets a target for fuel suppliers to reduce the lifecycle GHG emissions intensity of transport fuels by a minimum of 6 % by 2020 compared with 2010 levels.

Based on data from 22 Member States, the average GHG intensity of the fuels consumed in 2017 was only 3.4 % lower than in 2010. This is well below the intermediate reduction target of 4 %, which Member States may require suppliers to comply with to ensure that they meet the 2020 target. EU fuel suppliers are therefore not on track to achieve their objective of reducing the GHG intensity of transport fuels by 6 % by 2020, compared with 2010 (EEA, 2019c).

Transport continues to be a significant source of air pollution

Between 2000 and 2017, the transport sector significantly reduced its emissions of certain air pollutants:

This was despite the gradual increase in passenger and freight volumes. Policy measures at EU level have been taken to address transport-related air pollution. Regulating emissions by setting emission standards (e.g. Euro 1‑6) or by establishing requirements for fuel quality are good examples of such action at EU level.

Despite these encouraging trends, transport remains responsible for 55 % of all NOx emissions and significantly contributes to total emissions of the other air pollutants. Road transport, in particular, continues to make a significant contribution to emissions of NOx (35 %). The contribution of road transport to harmful NO2 concentrations, especially in urban areas, is considerably higher, because emissions occur close to the ground and mainly in densely populated areas.

Many Europeans are exposed to high levels of transport noise

Considering only road traffic noise, these figures indicate that at least 20 % of Europeans are exposed to high levels of noise during the day-evening-night period and more than 15 % during the night-time period, which can result in adverse health effects. These values are likely to be underestimated given that the Environmental Noise Directive (2002/49/EC) does not cover all urban areas or roads across Europe.

There is also a considerable number of people exposed to rail, aircraft and industry noise. However, it is difficult to estimate the total numbers exposed to high levels of noise across all sources, as certain individuals may be exposed to a combination of noise sources, and thus a simple summation would lead to double counting. 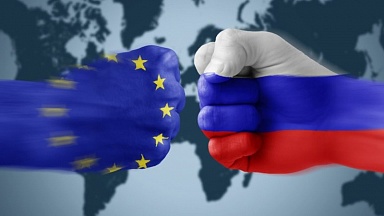