Over the past decade, China has built 25,000 km of dedicated high-speed railway—more than the rest of the world combined. China’s High-Speed Rail Development examines the Chinese experience to draw lessons for countries considering investing in high-speed rail.

China was the first country with a gross domestic product (GDP) per capita below US$7,000 to invest in developing an HSR network. China is unique in many ways, including size (9.6 million km2); long distances between North and South, and East and West; the current stage in its economic development (GDP of US$7,590 per capita in 2017); and substantial population density (141 people per km2). China has many large cities with population greater than 500,000, located at distances (between 200 and 500 km) that are well suited for HSR.

In this report, HSR refers to the high-speed network—that is, lines on which services can travel at over 200 kph. This network includes both the dedicated new passenger lines with a design speed of 200 kph or above and the new passenger-freight lines with a maximum design speed of 200 kph. CRH refers to the train services that operate over these lines; some of these trains also continue on upgraded conventional lines.

Prior to the MLTRP, a considerable amount of work had been done to develop and test HSR infrastructure and rolling stock. China Railways had undertaken a series of «speed-up» campaigns for the passenger services. The sixth of these, completed in April 2007, saw the introduction of China Rail Highspeed (CRH)4 services. It included improved schedules and track (about 6,000 km or so was upgraded) on several busy corridors and the introduction of a new generation of trains able to operate at a top speed of 250 km per hour (kph). At that time, however, most CRH trains still had to share heavily used tracks with freight trains, resulting in moderate station-to-station speeds, even if top speed had markedly improved.

The 2004 MLTRP was the first time an HSR network was proposed. At that time, freight volume was growing rapidly at about 7.5 percent per year and was straining network capacity. Low speed of the existing railway limited the railway’s competitiveness in passenger transport. The plan was that all long-distance passenger traffic would transfer to the new services, leaving only a limited number of local services on the existing lines and thus providing a large increment of capacity for expanded freight services.

About half the HSR passengers in 2015 are estimated to have transferred from conventional rail services and a further 20 percent from air. About 15 percent came from bus and car, and the remaining share was generated. The estimated net effect was a small reduction of about 2 percent in CO2 emissions if the HSR network were not there. Over time, however, as emissions per kWh of electricity reduce and travel increasingly shifts from conventional rail to air and car, this reduction should increase to about 60 percent. In the future, HSR in China may also have an indirect effect on reducing carbon emissions by providing more capacity for freight on the conventional railway, which has significant energy saving and emission reduction compared with other freight land transport modes.

In conclusion, the authors proposed the main components of the project implementation process, which are worth paying attention to, when developing high-speed infrastructure:

The Chinese HSR story is not complete. China is continuing its ambitious plans to build out the systems to connect all regions. The financial viability of the existing network will continue to improve as traffic grows, but some lines with less traffic and lower prices will continue to face challenges. The use of more flexible demand-based tariffs and regular fare adjustments have a potential role to play. Opportunities to enhance the HSR experience through improved urban connectivity beckon. And the world will continue to learn from China’s highspeed rail experience. 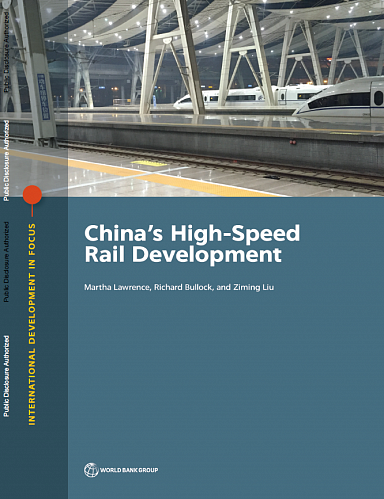 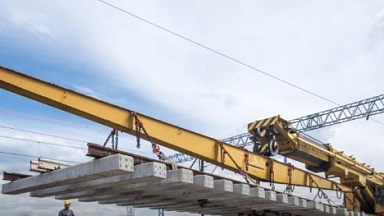