The Europe Pharmaceutical Industry in Figures

The pharmaceutical industry is a key partner in Europe’s fight against disease, developing new treatments and cures for patients across Europe. It is imperative that Europe remains a competitive destination for medical research and development by maintaining, sustaining and developing a predictable, robust regulatory and innovation-supportive incentives environment.

Thanks to advances in science and technology, the research-based pharmaceutical industry is entering an exciting new era in medicines development. Research methods are evolving and we have many promising prospects on the horizon — from the possibilities offered by personalised medicines, to the potential offered by harnessing the power of big data. The innovative pharmaceutical industry is driven by, and drives, medical progress. It aims to turn fundamental research into innovative treatments that are widely available and accessible to patients.

The research-based pharmaceutical industry can play a critical role in restoring Europe to growth and ensuring future competitiveness in an advancing global economy. In 2018 it invested an estimated € 36,500 million in R&D in Europe. It directly employs some 765,000 people.

The main European producing countries are Switzerland, Italy, Germany, France, etc. In 2017, these countries together accounted for more than 50% of the total pharmaceutical production. Moreover, Germany is the main exporter of pharmaceutical products, followed by Switzerland and Belgium. Import flows of this product group go through Germany, Belgium, and Great Britain. The United States remain the EU’s key trading partner in pharmaceuticals trade (34.3% of the EU’s total pharmaceutical exports and 37.4% of total imports). In 2018, China accounted for 6.2% of EU exports and 4.9% of EU imports. 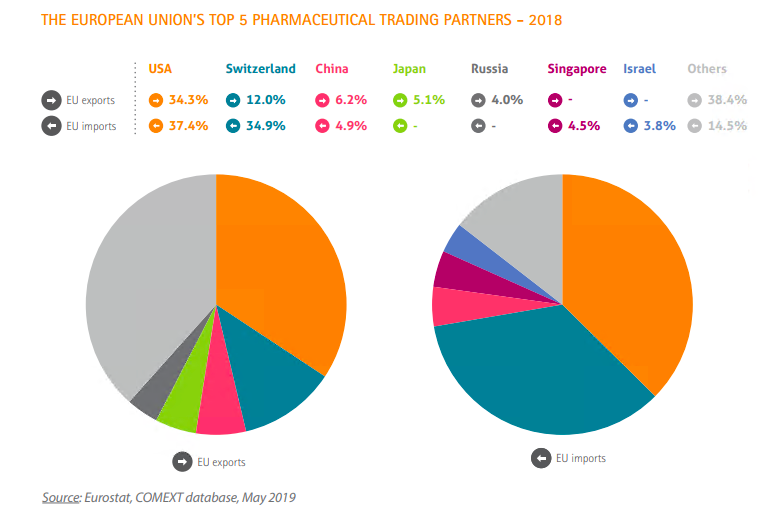 Rapid growth in the market and research environment in emerging economies such as Brazil, China and India, leading to a gradual migration of economic and research activities from Europe to these fast-growing markets. During the period 2014-2018 the Brazilian, Chinese and Indian markets grew by 11.4%, 7.3% and 11.2% respectively compared to an average market growth of 5.0% for the top 5 European Union markets and 7.8% for the US market. In 2018 North America accounted for 48.9% of world pharmaceutical sales compared with 23.2% for Europe. According to the authors, 65.2% of sales of new medicines launched during the period 2013-2018 were on the US market, compared with 17.7% on the European market. 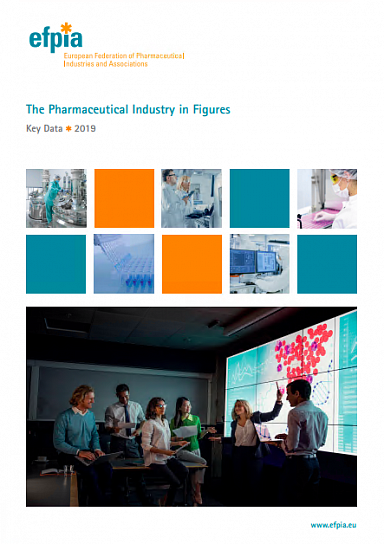 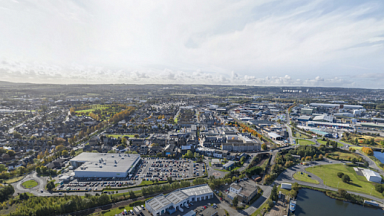