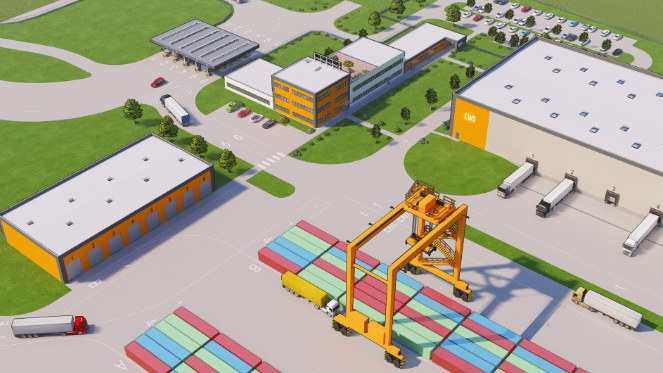 The new railway line of the East-West Gate in Hungary has been handed over. The line connects the intermodal terminal on the border of Hungary and Ukraine with the standard gauge network of Europe. It is the first of many handovers expected this year, as the new terminal is well on its way to be operational beginning 2022.

The railway line was ceremonially opened on Wednesday 26 May in Fényeslitke, where the terminal is currently built. It was entirely financed by private sources. The operator of the terminal, East-West Intermodal, will eventually hand over the completed railway infrastructure to the Hungarian infrastructure manager.

The East-West Gate terminal is expected to become the largest of Europe, with an anticipated capacity of 1 million TEUs once the railway network of Hungary has been upgraded. As it lies on the strategic route Hungary-Ukraine, it is well suited to play an important role in Eurasian traffic.

Construction of the substructure of the terminal is currently in progress. There will be five normal gauge and five narrow gauge tracks, each 850 metre long. It will be possible to serve four 740 metre-long trains at the same time. What is more, the facility will enable train transport of all types of units, including non-cranable trailers.

The EWG wants to be in the spotlight as a modern facility. It will use its own 5G network for internal communication and operation of its technology devices. The facility will be powered by green technology, in line with the EU’s rail and climate strategy. A high-performance solar park as well as a heat pump system will provide power, and only electric terminal tractors and e-cars will be used in the terminal area.

The company is also investing in automation of operations. It has selected Camco Technologies for the automation of its terminal gate access as well as RTG, RMG crane and rail Optical Character Recognition (OCR). Regarding the first, it will provide the gate automation hard- and software. An in- and outbound truck OCR portal will register all truck, semi-trailer and container traffic from and to the terminal.

In total, the project costs 61 million euros. This is privately funded, although the Hungarian government has provided 8.2 million euros to EWG as a job creation subsidy. East-West Intermodal Logistics Service, as it is noted in full, was established by Trusty Business Management Private Limited Company. The Greennovatív Energetikai Fejlesztő Limited Liability Company has a 50 per cent stake in the company.

The 1 million TEUs capacity of the terminal, which would indeed rank the terminal as the largest in Europe, is now still a theoretical figure. iThis relates to the infrastructure improvements planned on the Hungarian railway network, CEO of EWG János Tálosi explained earlier in an interview with RailFreight Live. The Hungarian government is also investing in its infrastructure, in order to increase importance on the corridor between Europe and Asia. 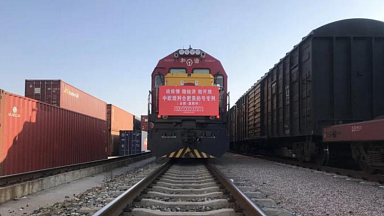 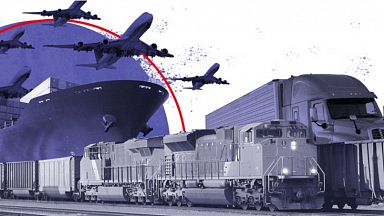 News
Peak season in a pandemic: What happens to freight rates and capacity?
Source: SupplyChainDive 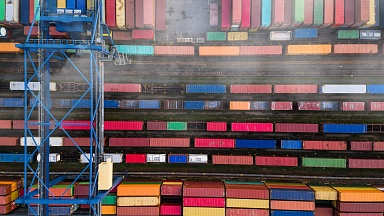 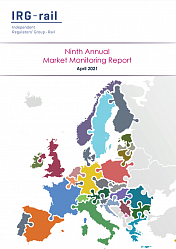