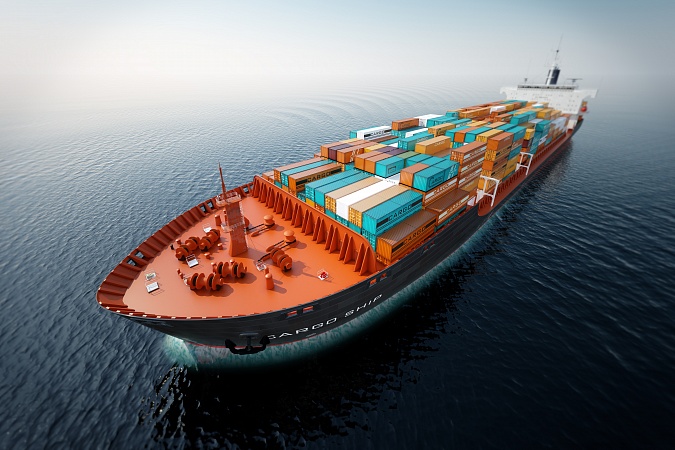 Ocean freight rates out of Asia have continued rising, especially to the US, as reduced capacity, high demand and equipment issues leading to «extreme capacity or equipment shortages» in North China, southeast Asia, and Taiwan.

The latest freight rate assessments from Drewry on eight major East-West trades show that an average of the combined rates — Drewry’s composite World Container Index — increased 9.8% this week or $489 to $5,472 per 40ft container, taking prices more than 278% higher than a year ago.

Drewry expects the index to remain stable next week.

These figures are consistent with the latest Freight Market Update from US freight forwarder Flexport, which noted that Asia to North America (Transpacific Eastbound — TPEB) rates were increasing further in May over their already high levels in April, with space «extremely tight» and the capacity and equipment situation characterised by «extreme shortages in North China, Southeast Asia, and Taiwan».

Noting that the «TPEB crunch continues», Flexport said «May rate-level increases are driven by two main factors: First, overall market demand is increasing, as May is primed to set another record for US imports. Second, a reduction in capacity. So far in May, blank sailings total 5-10% of weekly sailings as carriers grapple with the aftermath of the Suez Canal (blockage in late March).

«Furthermore, carriers note extremely strong volumes, with backlogs already pushing into June. As the prolonged peak continues, we expect May to be extremely challenging.»

Looking at the Asia-Europe (Far East Westbound — FEWB) market, Flexport noted that rates had increased following a 1 May general rates increase (GRI) in which there had been «significant rate increases across all carriers due to high demand and insufficient capacity».

And it said further rate increases were expected via a 15 May GRI, recommending that customers make advance bookings with notice of three or more weeks prior to the cargo ready date (CRD).

On the Europe to North America (Transatlantic Westbound) market, not noted that rates there had also increased, with a 1 May GRI implemented, and a GRI on 1 June likely to be implemented.

It recommended that customers make advance bookings with notice of five or more weeks prior to the cargo ready date (CRD) on the Transatlantic Westbound market, noting a «rate increase announced for June by GRI and new/amended surcharges». It said this market was «expected to remain hot through the summer, with increased pressure on equipment availability in the short term. Booking early is key to securing space. Use Premium products for urgent cargo needing higher reliability.»

On the container equipment side, Flexport noted that «equipment supply is extremely tight across Europe as port congestion and lower vessel capacity hinder empty-container repositioning, particularly at inland depots. Allow flexibility in rcuting and empty pick up from the port.»

And on the capacity development side it noted that there were «fewer blank sailings on North Europe services, but schedule reliability still hurt by the port congestion in North Europe and North America, particularly on the USWC». It said three blank sailings on the EMA service in May and June will restrict capacity from East and West Med to USEC in week 20, 23, 26.

For the India to North America market, Flexport highlighted that a 1 May GRI had been implemented most carriers, noting that «blank sailings and booking restrictions are continuing to negatively affect capacity in early May», with suggested booking «remains at 15-20+ days prior to Cargo Ready Date (CRD)».

Looking at equipment availability, it noted that «carriers indicate India will stay a priority — behind China, of course — for repositioning empty equipment. Even so, and as new equipment enters the market, increased demand and lingering effects of the Suez Canal blockage are likely to keep equipment scarce for the next two months.»

Flexport said it would «continue to recommend booking urgent cargo on Premium no-roll services» on the India to North America market.

Meanwhile, for North America to Asia services, it reported that rates are increasing. With a 15 May GRI notification received from two carriers, and indications received of a 1 June reefer GRI from the West Coast, it recommends advanced booking notice of 14-21 days prior to CRD at port, adding: «Capacity availability from the port of LA to all Asia destinations has grown tighter due to voided sailings», recommending «at least 3 weeks lead time on new bookings».

Flexport added: «Chassis availability is tight at most major ports and rail ramps», with the company recommending more lead time for truckers to procure chassis. Severe vessel congestion at both US coasts continues to move vessel cut-off dates and earliest return dates."

On North America to Europe, it said rates were steady, but noted that «one carrier has announced a small GRI for June 1. Port congestion along the US East Coast and in North Europe impacts vessel-schedule integrity for all services, causing capacity loss week to week as ships make up time. We urge booking sooner to help ensure coverage.

«The limited capacity for all-water service from the US West Coast to Europe has grown increasingly tight. Would strongly suggest placing bookings with at least 3-weeks lead time.» 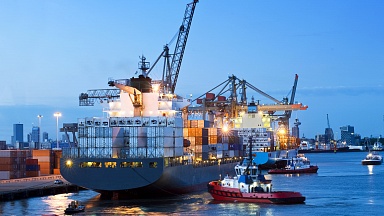 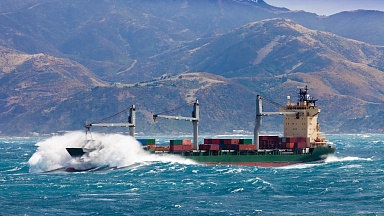