Last week, Greenport rail terminal in Venlo received four trains from the city of Jinan, China. The trains were carrying clothing goods of the company PVH. After completing a trip of around 11,000 kilometres, they are the first direct westbound trains from China reaching the Dutch city.

Maersk was responsible for setting up the whole operation to connect Jian-Venlo via freight trains, in close collaboration with Cabooter Group, Rail Cargo Group and DB Cargo Netherlands.

Discussions about the possibility of launching the service have been taking place since the European Silk Road Summit of 2019. Plans were supposed to get realised by early summer 2020, however, the situation caused by COVID-19 presented some delays in the project.

Later on, in early November 2020 news started arriving from China about the opening of a line between Jinan-Venlo that would be used for the transportation of clothing products and other similar goods. Information around the potential link mentioned that it would begin with sparse itineraries, which would gradually become regular and the connection stable. Indeed, almost a month later, the first trains from China arrived in Venlo.

The service might still seem to be in an initial stage, but the prospectives it creates cannot pass by unnoticed. With the Dutch city already being in the centre of attention, due to its expansion as a hub, one cannot but contemplate about the results that the direct connection with China could bring. 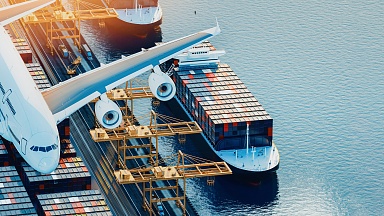 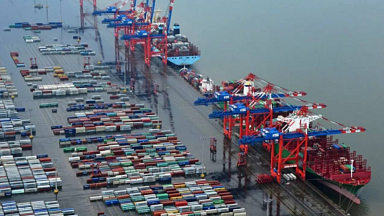