6,000 miles through 7 countries. Why companies are turning to long-haul trains 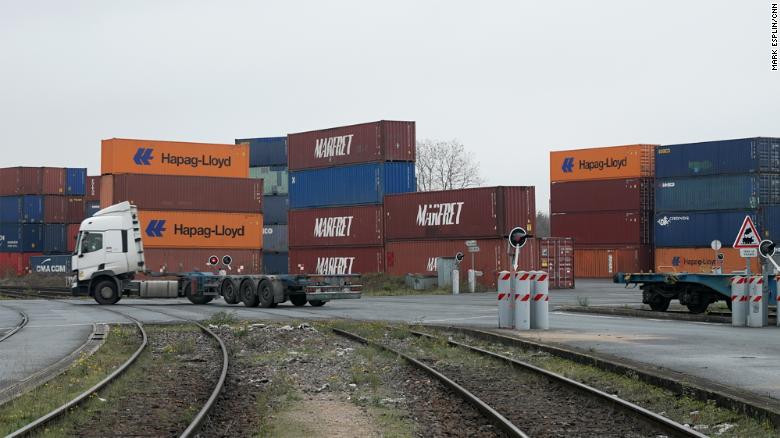 When the freight train pulled into view, it looked like many others at this rail hub in suburban Paris. But one thing made the train unusual: its journey started more than 6,000 miles away, in western China.

The train was carrying more than three dozen 40-foot containers, each stuffed with goods such as party balloons and car parts, from Xi’an to Paris. It had traveled through China, Kazakhstan, Russia, Belarus, Poland, Germany and France, making the journey in five and a half weeks.

Once unusual, long-haul train freight shipments between China and Europe have become much more common during the pandemic as companies that need to move goods between the huge economies look for alternatives to snarled and expensive air and sea routes.

«Five years ago, there were eight trains per day between China and Europe, now there are 18, 20 trains per day,» said Xavier Wanderpepen, director of the China-Europe freight trains at French national railway company SNCF.

Rail shipments are especially popular with companies that need to move perishable or time-sensitive goods and don’t want to pay for air cargo. Containers can travel between Europe and China via rail in as few as 20 days, while a journey by sea can take up to 70 days with disruptions caused by the pandemic. But rail has its limitations: trains cannot carry nearly as many containers as ships, and they are not immune to logistics snafus related to the pandemic.

The train that CNN Business tracked from China to France, for example, was nearly two weeks late arriving in Paris because of traffic on the tracks, lengthy customs checks at the Polish border and a shortage of train drivers in Germany caused by the pandemic.

Launched in 2011 as part of Beijing’s Belt and Road infrastructure program, the China-Europe rail service expanded quickly as the pandemic wreaked havoc on global shipping, making it much more expensive to send products via sea.

A record 15,000 freight train trips were made between China and Europe in 2021, up 82% from the pre-pandemic total in 2019, according to Chinese state media. The trains carried 1.46 million containers.

The number of trains between France and China doubled between 2019 and 2021, according to Wanderpepen, even though France came to the market later than other European countries.

The sharp increase in rail traffic is already causing overcrowding on the tracks and putting infrastructure under pressure, meaning that trains between Europe and China offer only a limited alternative to ships — the largest of which carry more than 20,000 20-foot containers.

Containers moving between Europe and China must be switched to new rail cars twice, once at the China-Kazakhstan border and again at the Poland-Belarus border, since former Soviet countries use a different rail gauge than China and Europe.

«We can say that today there are too many trains,» said Wanderpepen.

From crisis to opportunity

The vast network of ports, container vessels and trucking companies that moves goods around the world remains badly tangled two years into the pandemic, and the cost of shipping has skyrocketed.

«We have congestion at seaports; we have a shortage of containers because transportation volumes went up,» said Felix Papier, a supply chain management professor at France’s ESSEC business school. «We have a shortage of logistics workers in different segments around the world.»

Production at 45% of French companies was limited by supply difficulties, according to October survey data published by the country’s National Institute of Statistic and Economic Studies. That’s the highest level since the institute began releasing such data in 1991.

Moving goods by sea has become much more expensive. As of January 6, the average cost of transporting a standard 40-foot shipping container on eight major routes was $9,408, five times what it was just before the pandemic broke out in early 2020, according to London-based Drewry Shipping.

For comparison, moving one container from China to Paris via rail costs around $8,000, according to Wanderpepen. Going the other way, that falls to roughly $2,000 thanks to Chinese government subsidies aimed at encouraging European companies to use the train to export to China.

That has made trains more attractive.

French luxury furniture maker Ligne Roset is one the companies behind the surge in demand.

Since the beginning of the pandemic, Nicolas Mazuir, head of the company’s transport department, has battled rising prices and limited shipping space to deliver sofas and chairs to customers around the globe.

When delivering to customers in China, a market that represents roughly 20% of Ligne Roset’s global business, rail was a lifesaver for Mazuir, who started using it in 2020.

«All our Chinese customers expect us to deliver quickly,» he said, «Railway solutions offer a real advantage, even if there are far fewer [trains]. It is a real advantage in terms of time.»

From Ligne Roset’s factory outside Lyon, Mazuir can dispatch products on a freight train to China, which will usually only take four to five weeks to reach its destination.

If shipping by sea, the company would have to first transport the containers roughly 200 miles south to the Mediterranean coast. Delays of up to one month are possible if cargo ships skip the port near Marseille, an increasingly common event during the pandemic.

«I wish there was a comparable solution for the US market,» Mazuir said.

’The trains are back’

With the pandemic entering its third year and cases rising quickly due to the Omicron variant, experts say that supply chain stress will continue for some time. The transport sector still needs to rebuild its networks, including hiring back port workers and truck drivers, many of whom switched jobs during lockdowns, according to Papier.

«I think that in terms of overall congestion levels, in terms of transportation costs, we will always stay at a higher level than ... before the crisis,» he said.

That could mean a bigger role for trains. Rail accounts for only 5% of the total transport market between Europe and China. But that could double by 2030, according to Wanderpepen.

Watching the goods from Xi’an offloaded for onwards delivery to French businesses, the rail executive was upbeat.

«Now the client knows this solution and will keep this solution, even if the situation of troubles with pandemic logistics in the world return to something normal,» he said. «The trains are back.» 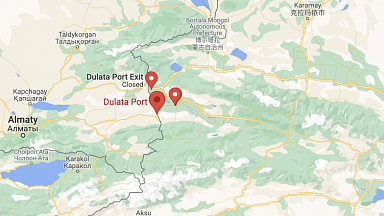