Thanks!
We will contact you.
EnRu中文
EU: additional measures for fast rail freight at borders

Share
Share
Email Facebook Twitter VK
Copy link
The European Commission has taken additional measures to improve the rapid flow of goods by rail now that most Member States are in full or partial lockdown. This is to ensure that the trains are not unnecessarily stopped at the borders or are hindered by the second corona wave.

The concept of so-called «green priority roads» for professional freight transport, which was introduced in March of this year, is thus getting an update from Brussels. The Commission points out that 90 per cent of the 178 main border crossings in the Trans European Traffic Network (TEN-T) already have good traffic flow. This means that freight traffic does not have to wait longer than 15 minutes at the borders.

There are still longer waiting times n rail freight transport (5 per cent) in EU Member States that are not part of the Schengen Agreement. That is why the European Commission now urges the EU Member States to temporarily postpone the implementation and monitoring of deviating national rules for cross-border rail transport. This includes the mandatory brake tests.

Brussels also wants the Member States to act flexibly from now on with regard to the compulsory language knowledge of drivers and traffic centers. The basic principle here is that communication takes place in a language that both parties understand. That does not have to be the language of the host country, according to Brussels. 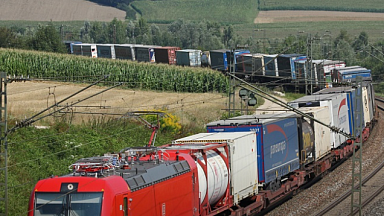