Floods in Western-Europe: these railway lines are affected 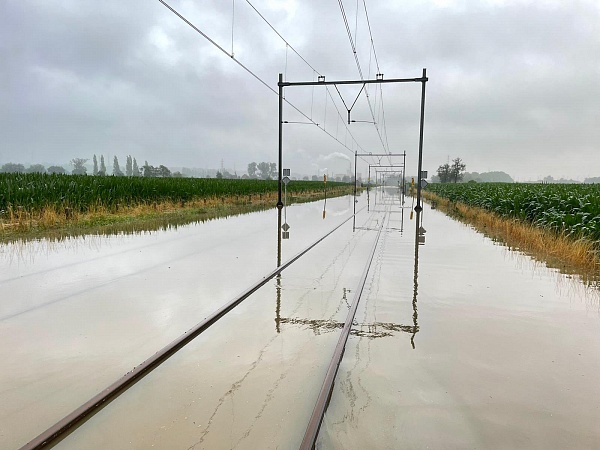 Floods in western Europe are disrupting several cross-border railway lines. The areas most affected are the Netherlands, Belgium and Germany. This is an update of the situation on Thursday afternoon.

Heavy rainfall on Wednesday has caused several rivers in the Benelux region to flood, causing severe disruptions to railway traffic. In the night of Wednesday to Thursday, rainfall gradually decreased in the Netherlands. In Belgium and Germany, large rivers such as the Geul and the Maas continue to swell due to continuing railnfall.

Rail freight traffic between the Netherlands and Belgium is affected up till Thursday noon. This is because the route via Eijsden-Visé is unavailable up to till this point. The Dutch city of Eijsden was severely affected by floods on Wednesday, due to which the railway line is partly covered by water. Moreover, the Belgian province of Liège has been particularly hard hit by the floods. Many railway lines are under water or blocked by mudslides.

Railway traffic within Belgium is severe impacted in the region of Wallonia. Many parts of the North Sea Mediterranean corridor are affected. For an update about the railway network of Belgium specifically, you can turn to this article.

Rail freight traffic between the Netherlands and Germany is still partially disrupted on Thursday afternoon. This is mainly in the south, as the border crossing at Herzogenrath is currently unavailable. Trains are operated up till this German city, but from here till Aachen the railway line is blocked.

Railway traffic via Venlo resumed on Thursday morning, after it was blocked for a while due to flooding in Germany. DB Netze confirmed that trains are welcome again on Thursday morning as the right bank of the Rhine was made accessible. On Wednesday, the German infrastructure manager had requested the neighbouring counterpart not to depart any trains via this border crossing until the problem was solved. On the Dutch part of this railway line via Venlo, there have been no restrictions.

Importance of the routes

Rail freight traffic between the three countries is volumous, but the routes affected are luckily not the most comsumed. The railway route Eijsden-Visé, for example, is the lesser consumed border crossing compared to the route via Roosendaal-Sas van Gent. In 2020, the former accounted for 3.3 per cent of the cross-border traffic, while the latter accounted for 14.6 per cent. The route is an important channel for cargo from giants Tata Steel and Chemelot.

Also on the border between the Netherlands and Germany, the route via Venlo is taking most of the load, now that the route via Emmerich is partially closed due to long-term construction works. The opening of the Brabant route via Venlo is therefore a relief, explains Hans-Willem Vroon of Dutch interest group RailGood. When this route was closed, traffic was only possible via the Bad Bentheim route. Luckily, this issue is now solved.”

Nevertheless, the impact of the temporary route closure between the Netherlands and Germany is felt. Especially on the Rhine-Alpine corridor, which connects the port of Rotterdam with Genoa in Italy, the closure has resulted in train delays, an after effect that usually takes a while to be resolved.

“For example, trains on the route Rotterdam-Mannheim/Novarra/Busto/Melzo/Paldova/Kehl have been delayed or cancelled. Also in the Ruhr area trains were taken out. Coal trains on the way from Germany to Amsterdam to be loaded at the port got stuck in Germany. Add to this the disruptions faced by inland waterways, and you know that there is work to do for the logistics sector”, said Vroon. “But, this is also another chance for rail freight to show its strength as a transport modality.” 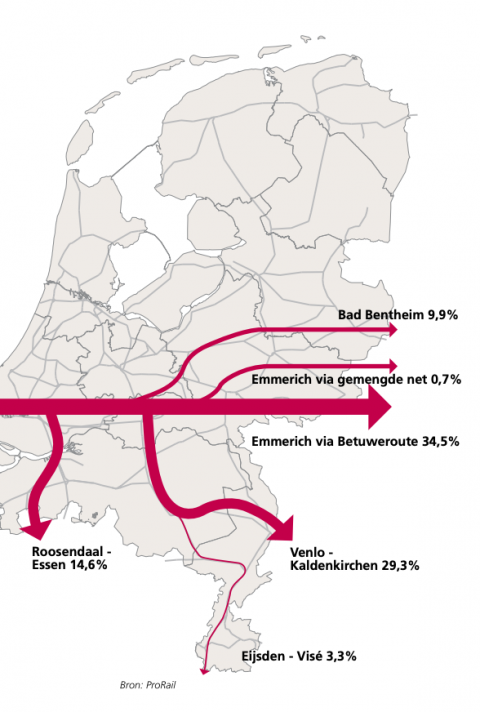 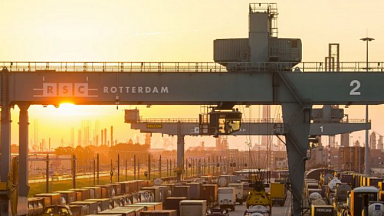 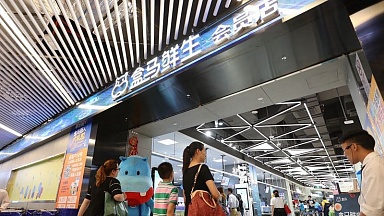 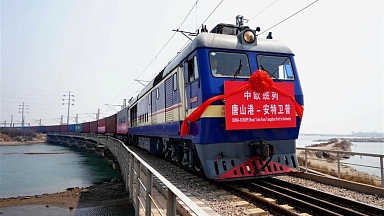 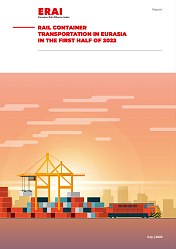 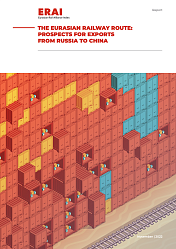