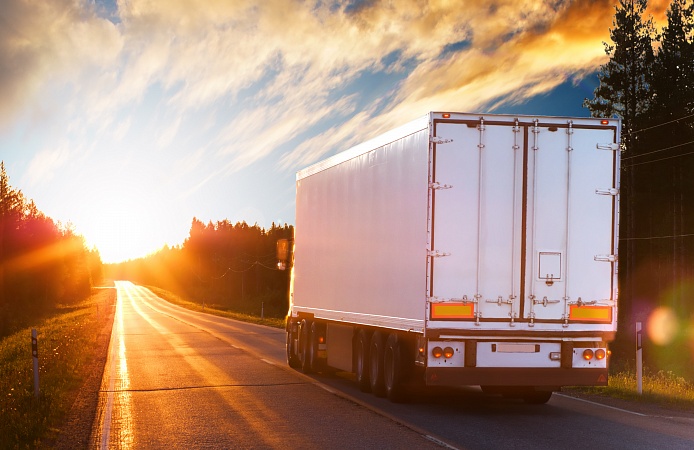 New post-Brexit trading arrangements could take months to bed in

While the first week since the UK formally left the European Union has not seen big queues of trucks on motorways in Kent that some had predicted, haulage companies have been told to brace themselves for much tougher controls at French customs from Monday, raising the prospect of the first significant border disruption since the new post-Brexit controls were introduced.

The warnings were shared on two conference calls between British industry bodies and UK government agencies yesterday, according to The Financial Times.

Speaking to the BBC this morning, Shane Brennan, CEO of temperature-controlled logistics industry body, the Cold Chain Foundation, said that it could take months for the new trading arrangements to bed in: «Trade levels are very low. It’s growing from 10% on the 1st of January to not yet 50% of the traffic flows that we would normally expect; and even at those levels we are experiencing high levels of confusion, delays, businesses... not being turned back, but being told that if they come back with the same level of preparedness next time they will be turned away. So the feeling is that we are building to quite a significant potential disruption.»

With cross-Channel HGV traffic through the Port of Dover and Eurotunnel reported to have been exceptionally low over the past week — more than likely due to stockpiling in the run-up to Christmas — sterner tests clearly await the new trading regime.

On Monday morning, the Department for Transport said only about 1% of lorries had been turning up without the right customs paperwork with another 3% being sent to Manston for testing because of drivers not having the necessary COVID result, according to BBC News.

But the news channel said that on Thursday it had been told by the Road Haulage Association (RHA) that about one in five trucks were being turned away for both reasons.

The trade body estimated that there were about 2,000 lorries a day in each direction making the Dover-Calais ferry crossing and going through the Channel Tunnel compared with a normal daily figure of between 5,000-6,000.

John Glen, chief economist for the Chartered Institute of Personnel and Supply, told BBC News he had heard from customs clearance agents working in Dover that there was a lack of preparation from businesses and a lack of capacity from the customs brokers that businesses have been employing to help.

That is expected to improve over time, but people involved «are worried that demand will increase faster than capacity does,» he said.

BBC News also reported that logistical problems have emerged at the Irish border, quoting the head of one of Wales’ largest hauliers, Andrew Kinsella, managing director of Gwynedd Shipping, who said his company had a backlog of 60 lorries waiting to be shipped to Dublin.

He explained that many hauliers are finding that their customers are not able to generate the special declarations that are needed to ultimately enable a lorry to get onto a ferry.

«Whilst you don’t see queues at ports and terminals the reality is that these queues are developing elsewhere in our depot in Holyhead , in our depot in Deeside and in our depot in Newport in South Wales and lots of hauliers have depots in the proximity of ports,» he said.

Concerns expressed by UK retailers that last month’s trade deal with the EU has created new trade barriers could also have a direct impact on cross-Channel road haulage and FMCG logistics.

Many traders now believe they will be paying taxes on exports and imports of certain types of food and clothing that are not fully made in Britain.

There are also signs that they are struggling with new paperwork requirements following the post-Brexit deal. Some parcel companies have suspended road deliveries to Europe as a result.

The trade deal sealed between the UK and the EU on Christmas Eve was billed as preserving its zero-tariff and zero-quota access to the bloc’s single market. But some major retailers that use the UK as a distribution hub for European business could face possible tariffs if they re-export goods to the EU.

«For big businesses there will be time-consuming workarounds but for a lot of others this means paying tariffs or rebasing into the EU.»

The British Retail Consortium (BRC), which represents more than 170 major retailers, is working with members on short-term options and is seeking dialogue with the government and the EU on longer-term solutions to mitigate the effects of the new tariffs.

’Layer upon layer’ of problems

Scottish seafood exporters say they have been hit by a «perfect storm» of Brexit disruption, which could sink a centuries-old industry.

«These businesses are not transporting toilet rolls or widgets. They are exporting the highest quality, perishable seafood which has a finite window to get to markets in peak condition,» said Donna Fordyce, chief executive of Seafood Scotland. «If the window closes these consignments go to landfill.»

She said the sector has already been weakened by Covid-19, the closure of the French border before Christmas as well as «layer upon layer» of problems associated with Brexit.

The group fears that without exports, the fishing fleet will have little reason to go out.

«In a very short time we could see the destruction of a centuries-old market which contributes significantly to the Scottish economy,» added Ms Fordyce.

Meanwhile, parcel delivery service DPD UK told BBC News that it has paused its European Road Service due to the ’"increased burden" of customs paperwork for packages heading to the EU, including the Republic of Ireland.

20% of parcels had «incorrect or incomplete data attached», which meant they would have to be returned, it said.

In an email to its business customers, the company said that it had been a «challenging few days» for its international operation, and that it would «pause and review» its service. It plans to restart on 13 January.

«It has now become evident that we have an increased burden with the new, more complex processes, and additional customs data we require from you for your parcels destined to Europe» the firm wrote. 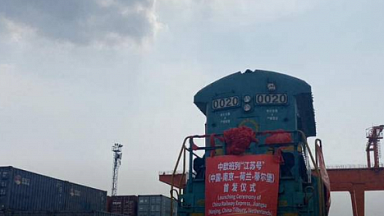 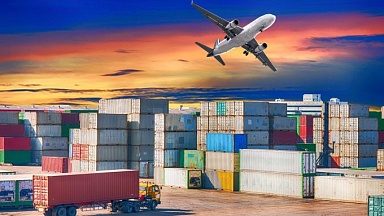 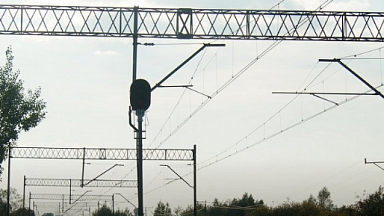 News
Poland refrains from increase track access charges next year
Source: Railfreight
Rail transportation EU
Analytics on topic
Article
Transport: increasing oil consumption and greenhouse gas emissions hamper EU progress towards environment and climate objectives
Mobility plays a key role in the EU economy. However, the EU transport sector still relies heavily on fossil fuels and is responsible for one quarter of Europe’s greenhouse gas (GHG) emissions — a share that keeps growing. In addition, the sector is a significant source of air pollution despite significant progress achieved since 1990, especially of particulate matter (PM) and nitrogen dioxide (NO2), as well as the main source of environmental noise in Europe. Current efforts to limit the sector’s environmental and climate impacts in Europe are not sufficient to meet the EU’s long-term climate and environmental policy objectives.
Source: European Environment Agency
Decarbonization EU
Article
European Rail Partnership to succeed Shift2Rail