The average container train traveling between China and Europe on the Russian Railways infrastructure covered 1231km per day last month. This is 21.9 per cent more than in the same period last year. This was announced by Russian Railways, the state-owned infrastructure manager of Russia. The speed of trains applies to the section Kartaly-Krasnoye.

The infra manager also summed up the average delivery speed of laden consignments (466.3km per day), which constituted an increase of 16.3 per cent. In turn, this resulted in a delivery reliability, or the share of consignments arriving on time, of 99.8 per cent, which is 1.4 percentage points higher than in May 2019.

The average speed of shipments increased to 619km per day, which is 14 per cent higher than in May 2019. «Faster long-distance shipping was thanks to transportation routing, a reduction of losses during shunting operations, and the extension of warranty sections for the safe inspection of freight cars without inspections along the route», Russian Railways said.

Russian Railways announced positive news about transit traffic earlier, with especially rising volumes of traffic between China and Europe. This transit traffic via Russia has grown by 35 per cent since the beginning of the year, compared to the same period last year. From January to May 2020, the total volume of traffic on this route amounted to about 167,000 TEUs. In May it was 47,700 TEUs, or 1.8 times more than in the same period last year.

Russian Railways also reported a surge of transit traffic on its own network. In the first five months of this year, 278 thousand containers moved on transit through the country, 18 per cent more than in the same period of 2019. The company is consistently developing its transit transportation corridors. «In this year’s investment programme, despite the worsening economic environment, all work related to transit traffic will go on as planned as much as possible», it reported earlier. 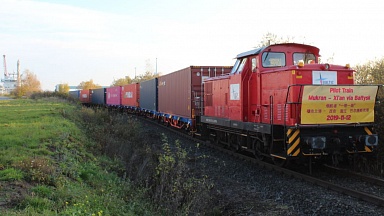 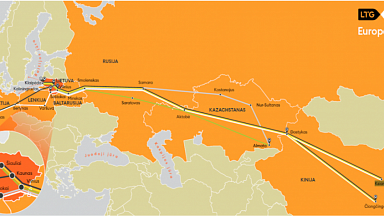 News
Where does the Silk Road bring us if political tension escalates?
Source: Railfreight
Container shipping Belt and Road Initiative 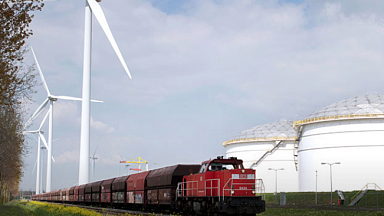 News
Venlo receives first direct trains from China
Source: Railfreight
Rail transportation China
Analytics on topic
Article
What is the China-Europe Railway Express, and how much pressure is it under from the Ukraine crisis?