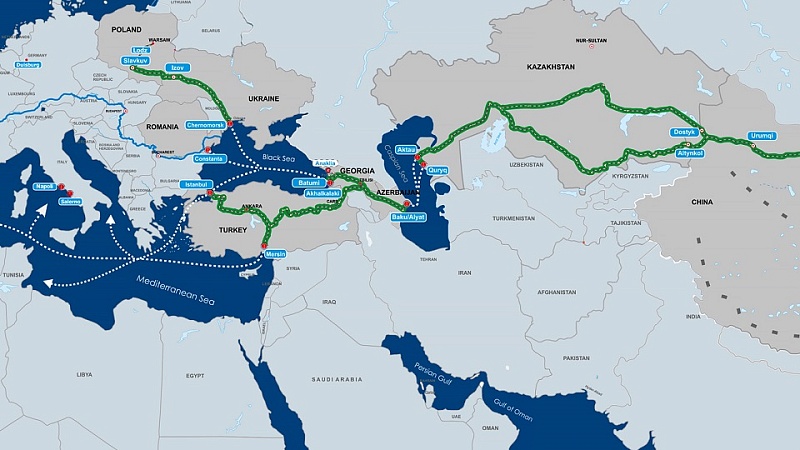 The Middle Corridor cannot meet all the volume and capacity demands resulting from the disruption of New Silk Road routes passing through Russia. «The corridor accounts for about 3-5 per cent of the total capacity of northern routes», explained Cankat Yildiz from Middle Corridor Logistics. «It’s a serious option, but this doesn’t mean that it can handle all the demand from the northern side. That’s clear».

Cankat Yildiz, Hongming Fang from China Wuwei Bonded Logistics Centre and Nils Müller from DSV Global Transport and Logistics were the speakers of the webinar ‘Keeping cargo on rail between Europe and Asia’ hosted by RailFreight.com and RailFreight.cn on Wednesday 16 March.

The webinar focused on the alternative solutions that companies have to keep cargo running on rail along the Eurasian corridor. As discussed, the most viable option currently is transit via the Middle Corridor. However, this route has many limitations, resulting in companies also ditching rail and turning to sea or air transport.

Volumes transiting through northern routes passing through Russia reach approximately 1,5 million TEUs. The Middle Corridor is hardly competitive to this number. «The route’s capacity is 3-5 per cent of this amount», explained Cankat Yildiz. «There is a huge demand, let’s face it, we cannot currently carry out the potential of the northern corridor, but we can create solutions», he added.

Hongming Fang said that the Wuwei Bonded Logistics Centre sends eight to ten trains per month to Europe through this route. It is one of the few Chinese platforms using it exclusively since it opened for operations. «Disruptions in the northern routes should not be the only reason to consider developing the route more», said Fang. «The middle corridor should become an important route between China-Europe and developments should start earlier and not wait for a war to occur. If we invest more, there will be more opportunities», he added.

Regarding the current situation with the growing demand in the Middle Corridor, it is true that more and more companies are looking at this solution. However, all of them face more or less the same issues. Efficient linking and capacity shortages are the most important. Nils Müller identified the Caspian Sea as the main hurdle DSV met when using the Middle Corridor.

«For the Caspian sea, there are three main ports, Baku, Aktau, Turkmenbashi», explained Yildiz. «For the efficient operations of this line, two ships operate only for the China-Europe transport. Most of the load is westbound», he noted. However, even with dedicated vessels, links crossing the Caspian Sea are insufficient. «We need more cooperation between European and Chinese companies to bring more vessels in the Caspian sea», noted Yildiz.

But even if the Caspian Sea issue is resolved, there are more in place. «The BTK line between Azerbaijan, Georgia and Turkey is also congested due to the pandemic and the war in Ukraine», said Yildiz. For this, parties involved have come up with intermodal solutions like the Black Sea link between the Georgian port of Poti and the Romanian port of Constanța. Wuwei Bonded Logistics Centre uses this route which can extend to Budapest using rail or inland shipping.

However, Müller questioned the efficiency of this solution. «The port of Constanța is heavily congested», he noted, and this can have two consequences: «first, if we choose this route and add up the slow lead times in the Middle Corridor with waiting times in Romania, using rail in the European part of the route is not feasible, and that is why we consider using trucks between Romania -central Europe». «Second, if this alternative to the already congested route proves unviable, then we simply cannot use Eurasian rail», he underlined.

Mediterranean ports in the game

So what is the solution to that? For Müller and DSV, using sea freight is unavoidable. «We tried to shift more volumes from Russia to the Middle Corridor, but in the end, the sea freight rates are cheaper, and the transit time to EU main ports is faster. For example, the connection from southern China to the first European ports like Piraeus or Algeciras with a transit time is 20-25 days port to port. The middle corridor could be a good option, but they need to invest in new infrastructure and improve the crossing of the Caspian Sea. Turkish Railways tried to improve the situation with more wagons and locomotives, but volumes are too much to shift all through Turkey».

Currently, DSV uses the Algeciras express connecting China to Spain in 20-22 days. From Algeciras, the company uses cross-docking or rail to distribute cargo to Europe.

End of war only viable solution

«The Middle Corridor is about having diverse options. And the corridor, despite limitations and problems, is a serious option», said Yildiz. He emphasised that the current situation is an opportunity for the industry and the corridor to produce some solutions that will have a long-term impact.

«The future looks positive because the New SIilk Road has developed a lot in the past years, and after the conflict is resolved things will get back to normal. For the Middle Corridor, this is an opportunity for development and a more substantial presence in the future», highlighted Müller. 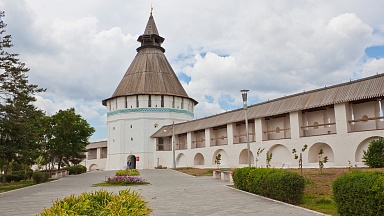 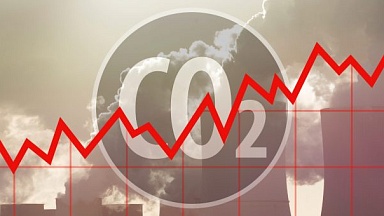 Source: The Diplomat
Politics Transport corridors China
Article
Development of transit potential in conditions of integration of the Republic of Kazakhstan into the world transport system
The article considers the current state of the transport infrastructure of the Republic of Kazakhstan, its integration into the international network, and also notes the further development of the transport and logistics infrastructure as a catalyst for the economy.
Source: Procedia Computer Science Journal
Rail transportation Transit traffic Transit potential Transport corridors Kazakhstan