Every crisis brings with it an opportunity. As the world economy recovers from the economic paralysis of the pandemic, there appears to be the chance to rethink the model of global governance that has guided the world economy for the past forty years but has largely failed to deliver on the promise of prosperity and stability.

The year 2021 marks the 40th anniversary of President Regan’s inaugural speech that set the tone for the economic doctrine which prioritized private interests and markets over society and the state. Having gone global, the doctrine was institutionalized in the policies of national governments and international organizations where it retains its supporters. Even during the pandemic, austerity continued to guide the multilateral lending programmes to many developing countries; the G7 trade ministers called for deeper liberalization which would further narrow policy space for the state, while a good deal of the discussion of transitioning to a low-carbon economy has been focused on getting prices right.

What, then, is the likely path of post-Covid recovery? Will the world return, through a premature reversal to austerity, to a pre-pandemic state of affairs, marked by deepening and multi-faceted inequality, fractured economies, financial asset bubbles, corporate non-liability and environmental degradation? Will a more activist policy agenda persist but with only cosmetic efforts to address these underlying conditions? Or can a new way towards a fairer, balanced, resilient and climate-conscious development be found in the policy space opened by the pandemic?

Assuming no further shocks, global growth is projected to reach 5.3 per cent in 2021, decelerating somewhat to 3.6 per cent in 2022. These figures are the result of demand stimulus in advanced economies and economies issuing global currencies, but still reflect incomplete reactivation of the productive capacity idled in the recession of 2020. Growth performance by region is very uneven. Only developed countries show the expected growth spurt, while many developing economies will remain below pre-pandemic averages.

Debt vulnerabilities: Kicking the can down the road

Indebtedness has been growing across most regions since the start of the pandemic. With the exception of China and some oil exporting economies, debt burdens are too high and export revenues too low across the developing world. For almost all developing countries commodities are not a reliable source of income because their export revenues fluctuate due to frequent price swings. However, the frequently adopted approach of enhancing export potential by requiring developing countries to enter bilateral or plurilateral trade and investment agreements is no solution. One reason is that these agreements are not negotiated in the WTO, the functioning of which at least allows developing countries to form a united front.

The perils of normalcy

The biggest threat to global recovery is a possible repeat of the post-2008 playbook, and a return to ‘normalcy’ in economic policymaking. In the wake of any crisis, reverting to pre-crisis ways of doing things is the easiest approach for policymakers, in advanced and developing countries alike. Even though the macroeconomic policy wisdom that has prevailed in recent decades has not played out well for the vast majority of countries, the pressures to contain government direct spending (and thus intervention in economic activities) remain strong.

The risks of a risk-based approach

To date, the global policy response to the climate crisis has been divided between mitigation and adaptation measures. Climate mitigation focuses on slowing down and reducing emissions of greenhouse gases (GHG), through a mixture of more efficient energy use and the replacement of fossil fuels with renewable sources of energy. Climate adaptation centers on harnessing resilience and protection mechanisms to minimize the negative impact of climate change on lives and livelihoods. In practice, the two sets of measures are often difficult to separate, and in much of the agenda-setting discussion on climate, adaptation has remained a poor

From de-risking to diversification

The success of today’s advanced economies, as well as the catch-up economies of East Asia, rests on sustained economic growth closely tied to structural transformation. At its core, this involves two sets of combined and cumulative processes: a vertical shift in the production structure from the primary sector to manufacturing (and on to high-end services) on the one hand, and a more horizontal shift of resources from lower- to higher-productivity and more capital-intensive activities within and across both sectors. Together, these processes have, in almost all successful development experiences, facilitated a more diversified structure of economic activity, raised productivity and led to an improvement across a broad set of social indicators, including poverty reduction.

Structural transformation, characterized by a shift in the production structure from the primary sector to manufacturing, has traditionally been the most successful way of achieving sustained economic growth and rising living standards. This avenue was followed by the now advanced economies, as well as a few successful late industrializers in East Asia. Their traditional fossil fuel-intensive model, however, cannot satisfy the aspirations of the many other developing countries that are trying to upgrade their national incomes through industrialization because it would take emissions and resource consumption beyond the limits of the planet’s ecological capacity.

The answer to this problem is not to forsake industrial development in developing countries. Rather, it is to build a diversified low-carbon economic system, powered by renewable energy sources and green technologies, and where economic activities within and across sectors are interconnected through resource-efficient linkages. Such a solution maintains manufacturing as a central objective because important elements of structural transformation towards a more resilient low-carbon economy will, in most developing countries, continue to depend on the diversification into high-productivity high-wage activities.

At the most basic level, addressing climate change makes structural transformation a global task, in which the advanced economies should take the lead in undertaking profound changes in their patterns of production and consumption but where significant structural and technological changes are also necessary even in the least developed countries. A climate-conscious developmental State must be able to combine the challenges of climate adaptation and mitigation with the longstanding goals of higher productivity jobs, rising living standards and closing the economic and technological gaps with more advanced economies.

Many of the initiatives that are gaining momentum in the context of reforming the multilateral system continue to adhere to a view of free markets and capital flows that bears little resemblance to the deep divisions and asymmetries that structure the contemporary global economy. This agenda has done little to advance inclusive development, nor is it likely to provide meaningful support to meeting global emission targets. Pursuing it further is, instead, likely to jeopardize any notion of a just transition for developing countries, by adversely impacting existing export capacities and reducing their policy and fiscal space at a time when it needs to expand to build resilience against future shocks.

After decades of growing inequalities, polarizing pressures and a pandemic that has destroyed jobs on an unprecedented scale, the economic recovery provides an opportunity to rebalance the distribution of income within and between countries. But, in spite of calls by G7 leaders for «building back a better world», separate economic worlds may in fact be rising from the ashes of 2020, with little chance of them being unified without concerted reform measures at the national and international levels.

A better world will only emerge from the pandemic if strong economic recoveries are promoted and supported in all regions of the global economy, if the economic gains from recovery are skewed towards middle and lower-income households, if health provision, including ready access to vaccines, is treated as a truly global public good and if there is a coordinated big investment push across all countries into carbon-free sources of energy. 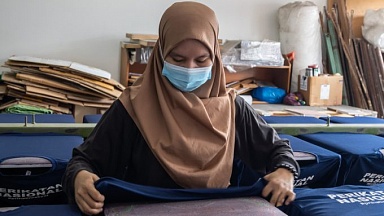 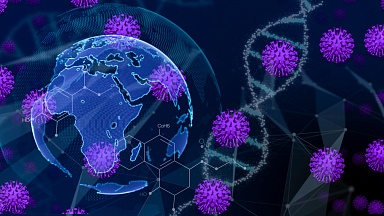 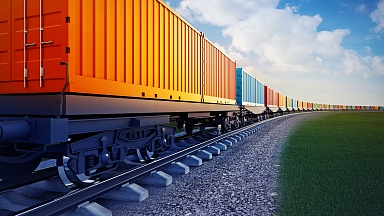 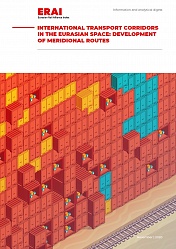