The first direct train from China arrives in the port of Rotterdam this evening, 25 September. It carries Chinese goods originating from Xi’an. After unloading, the train will be reloaded with goods from Ireland, and the train will return to China. This will all take place at the Rail Service Center Rotterdam.

The train is operated by DBO Bahnoperator and BTE. The traction in the Netherlands is provided by Independent Rail Partner, and Port Shuttle is involved to carry the goods to the right terminal in the large port of Rotterdam.The cargo on the train is a shipment of Maersk.

It has entered European territory over the Baltic Sea, as the journey includes a sea leg from the port of Kaliningrad in the Russian enclave and the port of Mukran in Germany. «The train will be reloaded within a few hours with 35 containers of baby milk powder from Ireland. These are destined for China», says Koudijzer.

The train was first reported to arrive in the port of Rotterdam at the end of August, but the service was postponed. With the scheduled arrivals so far, the prospects look more secured, and the service looks to become a regular line on the timetables.

The service is noteworthy, as the last time a direct container train from China arrived in the port of Rotterdam was in 2015. Since then, cargo from China reached the Dutch port via hubs, such as Duisburg, Cologne or Tilburg. Moreover, Rotterdam is the final destination rather than a transit hub. The latter would be expected, considering the short-sea function of the port. But the line has a local customer, BTE explained earlier.

"The train from Xi’an to Kaliningrad is all by rail and none-stop, except for the necessary reloading due to a change of gauge at Alashankou (Chinese-Kazakh border). When the train arrives in Kaliningrad, the vessel is already there waiting for the arrival of the train. The short-sea connection is assigned to pick up containers from the train. When the containers arrive in Mukran, the train is there to be reloaded. 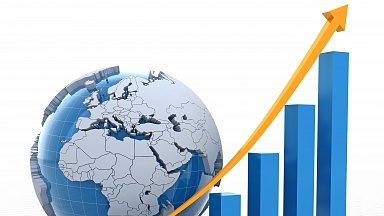 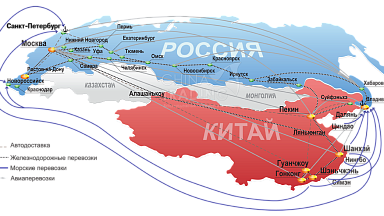