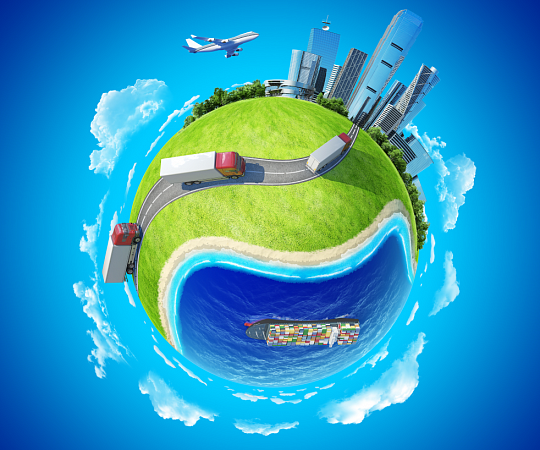 A month after maritime traffic in the Suez Canal was suspended unexpectedly for almost a week, growing congestion at ports, a shortage of containers, and high spot rates in both air and ocean freight markets have all added to the challenges facing cargo owners

A month after maritime traffic in the Suez Canal was suspended unexpectedly for almost a week, its effects continue to ripple through global supply chains in multiple forms, including rising congestion levels and delays at ports in Europe and Southeast Asia such as Rotterdam and Singapore, supply chain risk management specialist Everstream Analytics highlighted in an update this week.

Although the impact on European container ports appear to be less severe than originally feared, growing congestion levels at ports, a shortage of containers, and high spot rates in both air and ocean freight markets have all materialised in the aftermath of the Suez Canal closure, due to the large number of simultaneously arriving vessels following the blockage.

Empty containers have also been held for longer than usual at European ports, exacerbating the scarcity of containers at Asian export gateways and prompting ocean carriers to cut short port stays in Europe to reposition equipment faster back to Asia.

Due to the reduced cargo capacity on the Asia-Europe shipping lane in the aftermath of the Suez Canal obstruction, spot rates have not only been rising in the ocean freight market, but also in the air cargo market as shippers opt to convert critical shipments from ocean to air by any means possible, the report highlighted.

Ports at high risk of congestion

«Since last week, the first vessels stuck in the Suez Canal have been calling at European and Southeast-Asian container ports, which have been quieter than usual in the first half of April due to the canal blockage,» its report noted. «In Europe, the Port of Rotterdam was expected to have the greatest number of vessel calls from ships arriving from the Suez Canal.

«Although contingency measures, such as emptying yards to make space for new containers, have helped terminal operators initially to keep operations running, berth line-ups of vessels have quickly started to become congested, with operational delays now averaging 5-7 days, according to carriers.»

continue to call at the port», adding: «Should congestion issues in Rotterdam worsen, carriers could also opt to unload cargo at nearby ports such as Antwerp, Felixstowe, or Le Havre. This may cause spill-over congestion at these gateways due to ad-hoc vessel arrivals and leave shippers with cargo at the wrong ports until ships arrive a week later to carry the cargo to their destination ports.

Container terminals in Antwerp have already faced congestion issues prior to the Ever Given’s grounding, prompting container lines to push more volumes to terminals in Le Havre in recent months, Everstream highlighted.

In Asia, the Port of Singapore, which is expected to receive the largest number of vessel calls on eastbound services, has also faced an uptick in vessel berthing times over the past 18 days — with vessels now spending 60 hours on average outside the port, compared to 42 hours on 8 April, Everstream reported.

Should congestion issues worsen in Singapore, carriers could opt to discharge cargo at alternative hubs nearby, increasing the risk of congestion at Port Klang or Tanjung Pelepas, it added. The latter has already been facing average berthing delays of more than 2 days in the past weeks.

Besides the increased risk of delays for import cargo into Europe and Asia, the availability of container equipment at export hubs in China and Korea is expected to decline from mid-April and well into May, Everstream highlighted, noting that this will apply mostly to 40-foot containers, which account for around 75% of containers on the major east-west trade.

Among the ports most likely to be affected by the shortage are Shanghai, Ningbo, Qingdao, and Busan, with the biggest impact to be expected between April 19 and early May due to delayed vessel arrivals.

According to the Container Availability Index (CAx), equipment availability at the Port of Shanghai has been decreasing every week since the beginning of April and will likely fall further for a period of 2-3 weeks until mid-May, pushing back the recovery across Chinese ports and potentially leading to further spot rate increases.

These observations are broadly consistent with reports this week from freight forwarders, which note that while the Suez Canal blockage at the end of last month is set to prolong the current operational capacity issues in ocean freight, it has not led to the catastrophic congestion crisis some had feared.

Geodis’ senior vice president for global ocean freight Matthias Hansen told Lloyd’s Loading List that equipment availability, tight capacity, and schedule reliability have taken a further turn for the worse «in an already very constrained market where less than 35% of ships arrive on time». However, he played down reports that ocean carriers are discharging container imports delayed by the Suez incident wherever they can in North Europe as they scramble to return vessels to Asia as soon as possible with empty boxes.

«The majority of the carriers have unloaded the containers in accordance with the booking,» Hansen said, with only «a very few isolated cases» where the boxes of Geodis’ customers had been discharged in the ‘wrong’ port."

He accepted that in some cases empties were being given priority by lines over European export freight, noting: «The repositioning of empty boxes to Asia has the highest priority, as East-West freight rates bring in the highest income for the carriers. This leads to the fact that certain urgent (export) cargo flows are interrupted or will not be accepted by carriers, leading to equipment shortages becoming an issue in Europe.»

Bolloré Logistics’ director of strategic accounts and ocean freight development, Anne-Sophie Fribourg, said imports have suffered because of the Suez Canal blockage «with the late arrival of the blocked ships and the (ensuing) congestion at ports» while on the export side, «the main difficulties are to find empties for export cargo and find space aboard ships on the majority of trades».

But like Geodis, Bolloré has not seen carriers curtailing schedules on a widespread basis in order to offload imports and precipitate the return of vessels to Asia, at least not «on a global scale,» she explained.

«We have seen some cargo being discharged in Antwerp instead of Le Havre, but carriers have offered a solution to bring the containers to Le Havre,» she noted. «The prioritisation of empties has become a feature due to the shortage of containers in China for many weeks now.»

«It is more the ‘Schedule Recovery Programmes’ of the carriers, with blank sailings, which have led to call skips and therefore a backlog in export cargo,» Fribourg added.

Hellmann Worldwide Logistics’ global head of sea freight FCL, Michael Amri, said that the blockage of the Suez Canal will have «a lasting effect and will tend to worsen the situation with regards to import and export business in the coming weeks. This is particularly true for the equipment situation in Asia and Europe, which was already very tense before the Suez crisis.»

He continued: "Carriers have omitted ports in order to bring their services back on schedule. This leads to further delays on many routes. The entire industry is affected to some extent. Thanks to our tracking tools, we can trace shipments globally across all modes of transport and are hence in a position to buffer the negative effects in the best possible way.

«As a multi modal service provider, we can shift shipments from one transport mode to the other. This has helped us to offer agile solutions and keep supply chains running.

On those contingency plans for the boxes affected by the Suez incident, Amri said Hellmann was «in close contact with affected clients and our carrier partners to bring the containers to the final destination as soon as possible by sea or any other possible mode of transport», stressing that «communication with clients is key to manage the situation».

As to when the ripples of the Ever Given incident are likely to disappear, Fribourg said: «Not before eight weeks», while Geodis’ Hansen points to a similar timeframe.

«With regard to Europe to Asia services, we expect that the situation and schedule disruptions will improve as of end of June,» he noted. «That said, some disruption will certainly impact Q3. The fact that some carriers announced the supply of ‘new build’ empty equipment becoming available will relax the market on certain trade lanes.»

Meanwhile, another major forwarder, DHL Global Forwarding, said that the congestion caused by the Suez Canal blockage has impacted ports in the US more than those in Europe, while backlogs are building up in Asia due to delayed sailings and equipment scarcity.

«However, we see the ports working hard on getting the increased volumes managed,» DGF’s EVP and global head of ocean freight, Dominique von Orelli, told Lloyd’s Loading List. «In addition, some carriers are rerouting vessels and skipping certain port of call in an effort to stabilise schedules, which has naturally resulted in a reduction in capacity and allocations. Exacerbated by the empty container situation, the impact of this marine traffic jam will continue to be felt in the coming two months.»

Outlook for the market

Turning to the outlook for the market, Geodis’ Hansen predicted that global demand for containerised goods «will remain robust until the end of the year and the elevated container price index is not likely to be lowered any time soon».

He continued: «Available capacity and vessel utilisation are close to being maxed out as idle fleet is at record levels, below 3%. Operational challenges are here to stay through the second quarter and ahead of summer peak season.» 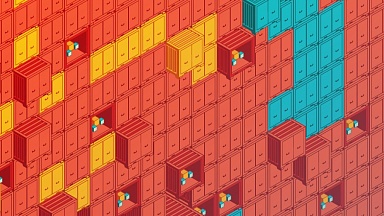 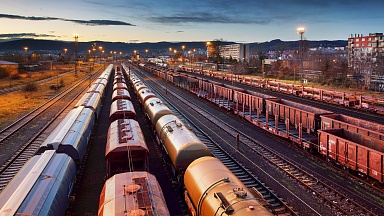 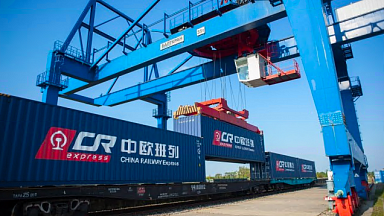