Thanks!
We will contact you.
EnRu中文
This is the modal shift potential of countries on the New Silk Road 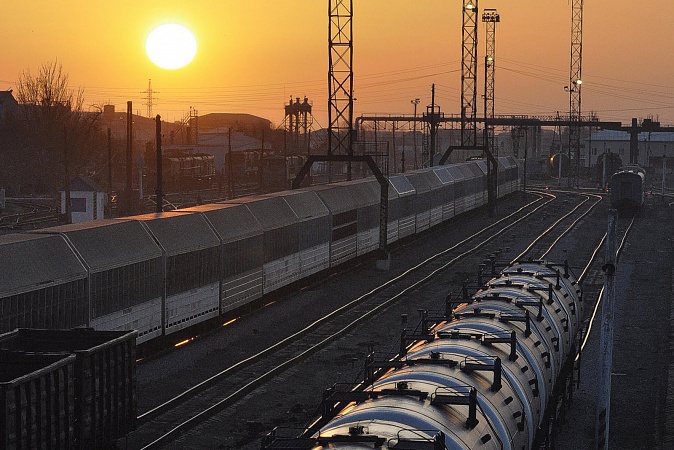 Share
Share
Email Facebook Twitter VK
Copy link
Dutch research and consultancy firm Panteia has developed a method for calculating the modal shift potential of traffic flows between the Netherlands and Belarus, Russia and Kazakhstan. The conclusion: 44,500 TEUs of cargo could be shifted to rail, in theory.

Adriaan Roest Crollius, director international projects at Panteia, explains that this potential could be realised if certain bottlenecks are eliminated and freight flows are efficiently managed. It is a study that needs explanation, but the researcher is happy to explain the analysis. At the RailFreight Summit in Poznan, he will take the stage to bring the study to the public.

The study is part of the ‘Linked by Rail’ project, coordinated by Panteia, which promotes railway connections between the Netherlands and Poland. For the first time though, the project has been expanded to also consider connections from beyond Poland.

«The Polish-Belarus border is both a focal point and a bottleneck on the New Silk Road. In order to explore the importance of this focal point, Roest Crollius will shed light on the freight flows originating from or heading to the Netherlands and passing this border between the European Union and the countries beyond. He will then discuss opportunities to attract new transport flows.

Leaving the statistics for Roest Crollius to present in Poznan, what is clear is that the opportunities are enormous. „A considerable portion of Dutch imports/exports crosses the Polish-Belarusian border by road. Transport costs for rail transport are (usually) lower than for road transport. Calculating the volume of freight that could be transported at a lower cost by rail determines the potential modal shift from road to rail.“

The study concludes that a total of 44,500 TEUs could be shifted to rail (based on 2017 data). „According to our findings the total potential modal shift from the Netherlands for Russia amounts to 37,500 TEU. The potential modal shift for trade with Belarus and Kazakhstan is lower, respectively 5,700 TEUs and 1,200 TEUs.“

The modal shift potential is there for any hub in the Netherlands that offers either a direct shuttle service to Belarus/Russia/Kazakhstan, or direct services to Poland, from where cargo will be loaded on trains to any of these countries» Roest Crollius names the examples of rail terminals in Rotterdam, Moerdijk, Tilburg or Venlo. «Alternatively, for cargo departing or arriving in the east of the Netherlands, Duisburg is also an attractive option cost-wise to start the journey by rail to Eastern Europe and Central Asia.»

Close to half of the potential modal shift volumes originate from the Dutch provinces of South-Holland and North-Holland. Gelderland and Limburg show to have substantial potential for modal shift as well. «Foodstuffs and animal fodder, agricultural products and live animals make up approximately half of the potential. These regions in the Netherlands have in common that they export agricultural products and foodstuffs to Russia. But we also see differences. Whereas Gelderland trades mostly food products, for Limburg there is also a substantial flow of machinery and transport equipment, whereas for North-Holland we see metal products being traded along the New Silk Road.»

Not everything will be shifted

The study rightfully points out that not everything that can be shifted will be shifted. There are several factors which would facilitate the modal shift, Roest Crollius explains. «Is the size of a transport flow sufficient to set up a new continental service? In order to get truckloads on railways, an intermodal operator is needed. The operator would then manage the the transport, taking care of planning, pre and end haulage, the proper documentation and the like.»

«Besides the question of bundling, we have to consider the possibility for cargo to be combined with return loads. This would require coordination within the sector and the sharing of data. If possible, it creates opportunities for intermodal transport. The trade data shows a clear trade imbalance:, the Netherlands imports more cargo from China than it exports to China. As a result, a lot of containers are sent back empty or partially loaded. A modal shift from road to rail for transport destined to Belarus, Russia and beyond by using empty containers destined for China could save costs, decrease emissions and possibly decrease congestion.»

And then there is, of course, the bottleneck at the border itself. Although works are already carried out to improve the situation, the question remains when the Polish/Belarusian border could be used to its full potential capacity. «This is a difficult question to answer. Next to infrastructure capacity, which is currently being expanded, we have the customs procedures, the administrative process, safety processes. Increased infrastructure capacity could still be hampered by inefficiencies in border handling.

The Dutch ministry of Infrastructure and Water Management has an ongoing cooperation programme with its Polish and Belarusian counterparts to facilitate rail freight transport between the countries. During last year’s RailFreight Summit, the ministries were represented to explain what this cooperation entails. One of the subjects on the agenda is the transfer at the Polish/Belarusian border.

«The Dutch ministry has put the issues on the agenda and now initiated customs cooperation between the Polish and Dutch customs to share experience on EU external borders», Roest Crollius concluded. «The subject of efficient customs will also be on the agenda of the cooperation programme on rail freight between the Netherlands and China» 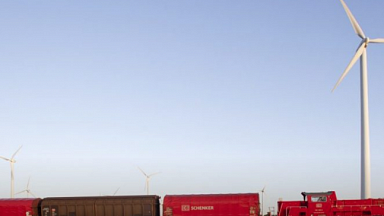 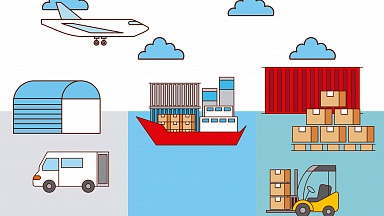 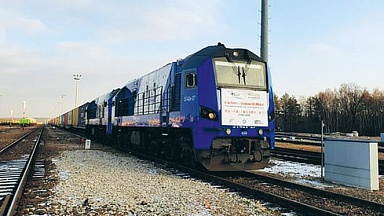 News
From Xi’an to Sławków in 11 days a reality
Source: Railfreight
New routes Poland Shaanxi
Analytics on topic
Article
Analyzing the Railway Network of the Belt and Road Initiative 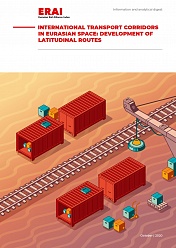