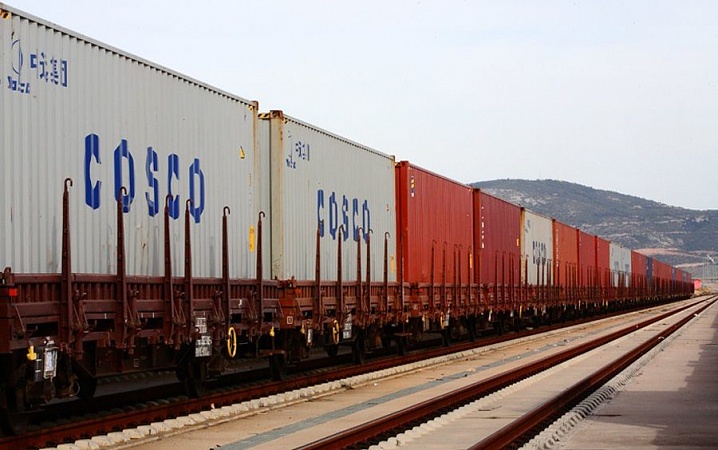 As soon as the Chinese New Year is over, a regular chemical train may be running on the New Silk Road. That is the plan of COSCO and VTG, which saw the first train arriving in Duisburg last week. The goal for 2022 is to have a regular, bi-weekly service in both directions to start with, VTG revealed.

The two partners call it the COSCO VTG China-EU chemical business. This has been set in order to broaden the transport possibilities of non-dangerous goods via the Eurasian land bridge, a task that is not hurdle free considering the administrative implications of such shipments.

«We are working with both sides to develop a logistical concept of moving liquid cargo, which is classified as a ‘non-dangerous good’. This is now in the planning phase», said Hendrik Wehlen, business development manager at VTG.

First train On 16 January, the first train rolled into the Rhine-Ruhr terminal of Duisburg, originating from Changchun, capital of the province of Jilin in the north of China. The train made it to Europe via the Trans-Siberian railway, which transits through Russia for most of its length. This is however not the only route currently taken in consideration by the companies.

In 2021, the company launched a service with Hupac and FactoryHood via the main Eurasia route. It ran between Lanzhou and Ludwigshafen via Brest/Malaszewicze. With the same partners and routing, VTG organised shipments from Taicyuan and currently Guangdong is in the planning.

The Trans-Siberian train is another product that VTG facilitates together with InterRail and CCILP. The shipment crosses the Chinese-Russian border at Suifenhe, which is relatively close to cities in the Jilin province. It is the first time the company is looking into the northern route for its chemical train, which according to VTG is «currently more attractive». Apart from Changchun, it is planning to organise a service from Hunchun. «The plan is to have different entrances to China to connect most of the regions», says Wehlen.

Chemical clusters «You have several regions in China with chemical clusters: Shanghai region, Chengdu, Chongqing, Shenyang, Dalian and the Guangzhou region. For Europe the Rhine/Ruhr is important, as well as Ludwigshafen, Antwerp and Rotterdam.»

The demand is certainly there, according to the company, as a lot of chemical cargo is currently shipped by sea, with much longer transit times. «The market is requesting other options than deep sea. The main criteria for those shipments is the transit time and the price. If the price of rail is matching sea freight or a bit more, but the transit times are shorter, this is beneficial.»

Hurdles on the rails Whether the transit times are attractive, remains to be seen. The border crossing at Suifenhe has gained popularity last year, as it proved to be an attractive alternative to the congested border of China with Kazakhstan. But as a result, congestion spilled over to the Far East border, which also proved to be a capable point of transit for dangerous goods.

What is more, is that many processes for handling tank containers are not yet standardised at this border. Certification for tank containers is more complex, and at each entry point different from other points. A train that consists of ISO tanks as well as regular containers will need longer handling times.

«This train will be operated as a mixed train — boxes and tank containers. Under the current market conditions that is more efficient. The chemical industry does have a lot of palatised cargo as well, therefore we need to mix the train and combine standard boxes with tank containers», explains Wehlen.

Preparation phase In practice, it is the preparation phase of the service that is most challenging. The requirements for transporting chemicals are strict and complex, especially on the Chinese side. «These requirements are still there and it takes time to convince all involved parties that the chemical train is not rocket science. Accurate planning and training is important, as well as open communication between all parties.

«What would also help, is long-term harmonisation for the documents and necessary approvals. The main issues are still on the Chinese side and their view on tank containers carrying chemicals. Another problem is that there is no harmonisation and classification between China and Russia — it can be that the approval for transport in China is given but Russia declines the transport due to wrong classification of potentially dangerous goods.»

Pioneer’s mentality Despite the hurdles, VTG and COSCO are optimistic about the service. Transparency is key, and the market knows the companies well. It is just a matter of the right preparation, they believe.

«From our point of view we should start with the product — giving the industry the capacity to move tank containers. You need to be a pioneer to develop a chemical train. Every beginning is hard and takes a lot of work, but once this is done it is worth it. Currently and for the beginning a train every two weeks is enough. After that, we will expand», says Wehlen. 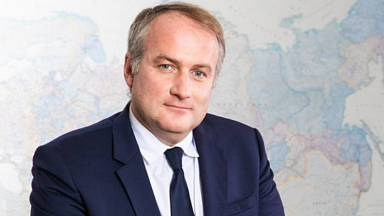 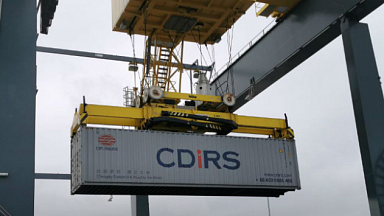