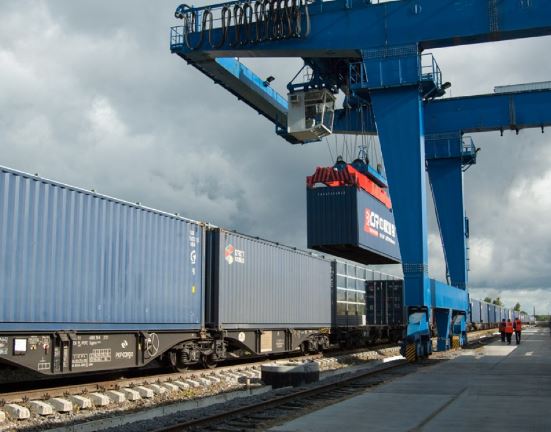 Share
Share
Email Facebook Twitter VK
Copy link
The first test shipment of fresh goods on transit through Russia has crossed the border with Russia, and is now on its way to Kazakhstan. This was reported by Russian Railways on Friday. The crossing of the border implies a milestone, as this is the first container with fresh food on Russian railways since the government lifted the ban on sanctioned goods on 24 June 2019 by Decree of the President of the Russian Federation No. 290.
The text of the news was taken from a English-language source: RailFreight.com

The seal was applied at the at the Smolensk Marshalling Yard railway station, around 80km from the border with Belarus. It will be removed at station Kartaly I, a round 40km from the border with Kazakhstan. Now that the train has entered Russia, it takes around five days on its territory. Once the seal has been removed, the test shipment can be evaluated.

«The sanctioned goods will be monitored using a transportation tracking system that allows for collecting, processing, storing, and automatically transferring data about the location and safety of goods to regulatory agencies.

«In addition, the shipper will have detailed information on the location of the cargo. The electronic seal will ensure higher cargo safety and send an alert in the case of any tampering, making it possible act quickly to prevent theft or damage to the shipment.

The first shipment includes frozen salmon from the Netherlands. It was first delivered to Duisburg, where it was loaded onto the train to China on Saturday 21 March. It is on the way to Xi’an, where it will be transloaded on the truck to the final customer in Hefei.

The test dispatch on Russian territory is carried out in close cooperation between JSC Russian Railways Logistics,UTLC ERA, the Federal Customs Service and the Federal Service for Supervision of Transport. On the European part, the shipment is a joint effort of DBO Bahnoperator and Dutch logistics company New Silk Way Logistics. BTO takes over the train in China.

In July 2019 the Russian government announced that it would lift the ban on overland transport of previously sanctioned goods such as fresh foods and agriculture products. However, it must be guaranteed that the container is not opened on Russian territory. The electronic seal gathers real-time data, and when it is taken off at the border with Kazakhstan, it provides proof of the shipment being in transit.

The lift of the ban on transit traffic from EU countries is an opportunity both for European shippers as well as for Russia. European shippers until now were bound to air or ocean freight, or had to take a detour when opting for the train for their shipment of sanctioned goods.

At the same time, Russia benefits as it will increase its potential as a transit country. «This new Russian Railways service will make better use of the country’s transit and logistics potential, increase traffic volumes, and increase transit transparency, while the protection of national interests and the economic security of the country will be ensured», Russian Railways pointed out. In a later stage, the northern route through Zabaykalsk will also be opened up for this service. 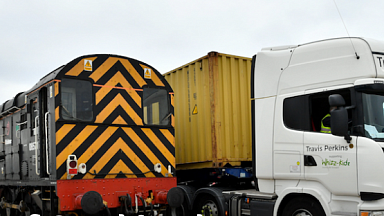