Emphasis on digital, balance, accessibility and regions: what will the transport strategy be – 2035?

The presentation of Russia’s new transport strategy took place at a meeting of the State Council of Russia with the participation of the President.

The key principle of the strategy is customer focus. For the first time, the document is structured by service categories for the population and businesses, with a focus on accelerated digitization and a reliance on technology.

The basic objectives of the strategy are to encourage the use of water and rail transport; switch to new fuels; develop public transport; infrastructure sustainable development; increase transit through Russia; increase the share of Russian airline hubs in Europe — Asia traffic and Russia’s participation in the formation of international trade rules for transport services.

This year, total investment in transport will amount to about RUB 1.3 trillion. The investment growth rate is expected to be 5-5.5% per annum until 2030 and increase from 2.3% of GDP to 3.3% of GDP. In total, more than RUB 23 trillion of budgetary funds and RUB 37 trillion of extra-budgetary funds will be needed to achieve the strategy’s goals. The cumulative effect on the economy of the strategy until 2035 is RUB 160 trillion, of which 90 trillion is realized between 2021 and 2035 and another 70 trillion until 2050.

The freight transport segment in the country today is characterized by low speed, reliability and completeness of services in the transport of non-recourse goods. The development level of the multimodal transport is 1.5-3 times lower than the world level, implying an additional economic cost of RUB 750 billion per year.

The strategy is designed to increase Russian revenues from transit, improve logistics efficiency, raise the exports profitability of Russian transport technologies and reduce external risks for Russian companies. The main focus areas are seamless logistics at border crossings; a balanced tariff policy; the launch of regular container trains between major agglomerations; the expansion of multimodal infrastructure; the expansion of infrastructure charging systems and the development of freight villages.

Oleg Belozerov, Head of Joint Stock Company Russian Railways, described the document as «ambitious and intense». More than a third of the strategy’s investment (about 36%) is allocated to railway transport. This amounts to RUB 23.7 trillion over the next 15 years.

He noted that there is still a deficit of over RUB 34 billion in the 2022-2024 Russian Railways investment program and asked the President for additional funds. Analyzing the results of the previous strategy, Oleg Belozerov also stated that from 2011 to 2020, Russian Railways increased its freight turnover by 22% and passenger turnover by 21%.

The participants in the discussion advocated transferring the right to charge tolls on local roads to the regions themselves, transferring them to regional balance sheets and allowing regions to differentiate fines for traffic violations, as well as suggested including standards for municipal roads in the strategy and drawing attention to the federal highways of the north-east, the poor quality of which hinders the development of the entire region.

According to expert estimates, in the medium term the country needs to renew about 60% of its bus fleet, 6,500 trams, 7,500 trolleybuses, and over 5,000 suburban railway cars.

Currently 61% of domestic air traffic passes through Moscow and 70% of the fleet (320 aircraft) of regional aircraft are to be replaced. The LMS Baikal utility regional aircraft should be certified in 2023. And in 2025, deliveries of the TVRS-44 turboprop aircraft will begin. 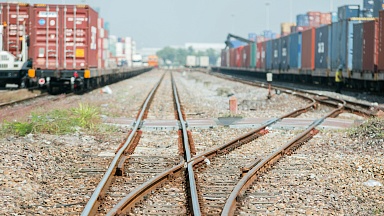 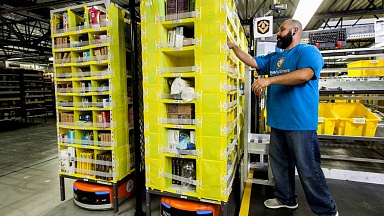 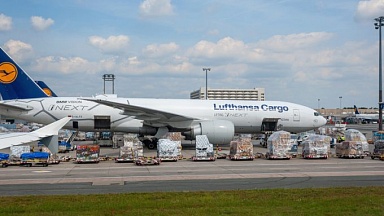 Report
Global Transport: What Does the Future Hold Beyond COVID-19?
The COVID-19 pandemic has had a disastrous impact on the global transport sector with all the modes of transport, primarily air and maritime ones, experiencing a strong deterioration in activity at the global level. However, some markets, for instance rail freight between China and Europe, are benefiting from the situation. The report by COFACE credit insurance company titled «Global Transport: What does the future hold beyond COVID-19?» analyzes the current state of the global transport sector suffering a heavy blow from the pandemic and presents three scenarios for the recovery of the sector.
Source: COFACE
Decarbonization Advantages of railway transport Value chains Belt and Road Initiative Air transportation
Interview