European food companies are encouraged to use rail to China. The service is up to level and there are no delays. Freight trains run at the speed of passenger trains through the territory of Russia. These were the remarks of Alexey Grom, CEO of UTLC ERA during an interview with RailFreight Live. He was referring to the shipment of sanctioned goods, such as fresh food stuff and agricultural products.

In early summer this year the service was regularly tested. For example, a train filled with frozen salmon from the Netherlands was sent by train to the Chinese city of Xi’an, via Russia. In another shipment, baby milk powder was shipped. After this test phase, the parties involved are now able to offer a reliable service, according to Grom.

For example, the time required for the application of the seal has reduced significantly. «In the beginning, this took around an hour. But at the moment it only takes 20 minutes, and we want to reduce this to even faster procedures.» What also helps, is that customers sent as much as possible the information about the cargo in advance, he explains. «In this way, we can speed up the procedure even more. The train itself runs without delays.»

In an in-depth interview, Grom spoke about the challenges and opportunities of rail transportation along the Eurasian corridor, where UTLC ERA provides services on the broad gauge section. This includes the countries Russia, Kazakhstan and Belarus. Grom himself is based in the Moscow region.

«If you ask me, we soon forget about the word sanctioned goods», he said. Rather sooner than later, I would like to see that we can import our favourite European goods in Russia as well." The shipment of sanctioned goods is currently only permitted if it is on transit through Russia, destined for a third country. The seal on the container is there to monitor whether the shipment is passing through.

Kaliningrad through the years

Grom also discussed the Russian enclave of Kaliningrad, which is one of the focal points for transit traffic between Europe and China at the moment, and a flagship project of UTLC ERA. «We started looking at Kaliningrad in 2016, when the area was not yet very well developed. This was a motivation for us to create something there. We started with one container train per week, and this September we already have three trains per day.»

The area is geographically well-positioned to serve the northern European countries, as well as the Scandinavian countries. Shipments can go either through the ports, or via the land border with Poland, he continues. But what was of incredible importance to make this transit hub a success, is the partnerships, Grom adds. «It is the face-to-face factor that determines a good partnership. From the governor of Kaliningrad Region to the chief of Kaliningrad Railways and Lithuanian Railways, all were very helpful in making this a success.»

This face-to-face partnership got a whole different meaning in the last few months, when it was not always possible to meet physically, and meetings were organised online. «This was difficult in the beginning, as we are used to meeting people in person.» However, the corona crisis has also brought about positive changes in the way companies work together, he explains. «We are able to make decisions much faster. For example, when the volumes suddenly increased by 30 per cent, we had to think of solutions to increase the capacities at the border. We increased the wagon fleet and changed technological procedures. If we did not react fast, we would have had much more barriers and complaints at that time.»

In any time, partnership is one of the key elements of a successful transport chain, he concludes. This is especially true for the New Silk Road. «You cannot be successful alone. You need to have a partner in the next infrastructure network with the same quality standards, demanding the same quality of services from the next partner he works with. During the corona crisis, this aspect has considerably improved, we have all come to a much better understanding and operation.»

Did you miss the interview on Railfreight Live? Watch it below. 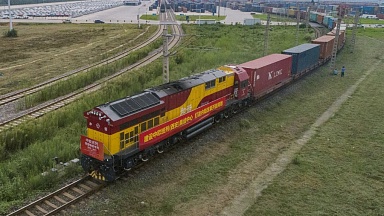 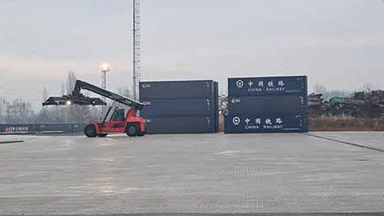 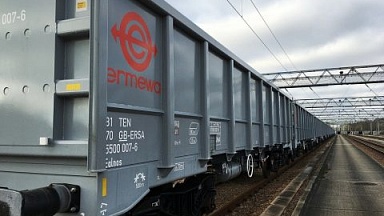