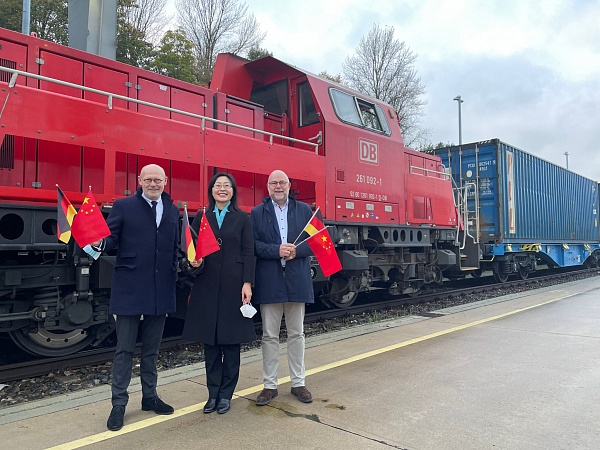 The first container block train from Shanghai reached the DUSS terminal in Hamburg on October 25. It is to be followed by many other westbound, and also eastbound trains, as it lauds in the beginning of a new corridor between China and Germany.

Although Hamburg is already well-connected to China by rail, Shanghai is a new stop in the New Silk Road. It is therefore a very welcome new service, dubbed the Shanghai-Express and operated by DB Cargo Eurasia and Shanghai Orient Silkroad Intermodal Co. Ltd.

The first train was officially welcomed in Hamburg in the presence of two deputy Mayors of Shanghai, Zhang Wei and Zong Ming, as well as Peter Tschentscher, Hamburg’s First Mayor. «I am delighted that with the ‘Shanghai-Express’, a direct freight train service between Hamburg and Shanghai has now commenced. Hamburg and Shanghai have been partner cities for 35 years», Tschentscher said.

«We cooperate especially in trade and industry, but also in science and research, in education and culture. This new container train service brings Hamburg and Shanghai closer together. It is an important addition to German-Chinese trade routes», he added.

The first train departed Shanghai on 28 September. Although the journey should take 16-18 days, the train was delayed due to floods in mid-western China that also impacted the country’s railway network. After leaving China, the train crossed Kazakhstan and Belarus to enter the EU via Małaszewicze in Poland. From there, it made its way to Hamburg.

With the service becoming regular, there will be one train departure per week. Yet, in the long term, frequency will be boosted to between two and three runs per week. According to the operator, departures until the end of this year are already fully booked.

Around 2.4 million standard containers, or TEUs, are handled annually in the China trade in the Port of Hamburg. Almost every third container crossing its quay walls is bound for China or originates there.

Rail offers an alternative to sea and air transport. Last year, over 230 weekly services were marketed between Hamburg and 20 destinations in the People’s Republic. Further connections from Shijiazhuang in the province of Hebei and Wuhei in Gansu have been added this year. In 2020, around 107,000 TEU were transported between China and Hamburg by rail.

Do you want to know more about new routes on the New Silk Road? On 7 & 8 December the European Silk Road Summit takes place in Amsterdam, the Netherlands. New destinations are among the topics. Interested? You can have a look at the programme here. Or, you can register here. 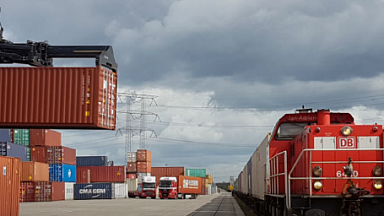 News
All of the Netherlands aboard the NL Express to China
Source: Railfreight
China EU 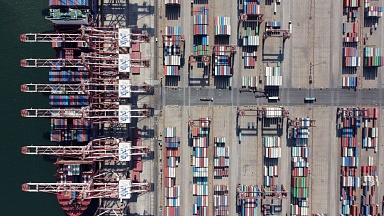 News
China reports significant growth in trade with countries on the Belt and Road route in the first half of 2021
Source: Russian.News.Cn
International trade Belt and Road Initiative China
Analytics on topic
Report

Report
Understanding Chinese Consumers: Growth Engine of the World
Consumers, one of the key drivers powering China’s economic rebound, have regained confidence and are spending at levels seen before the outbreak of the COVID-19 pandemic.
Source: McKinsey
International trade China