A new terminal has been opened in Kaliningrad, the Russian enclave and a main transit hub on the New Silk Road. On 1st October, the new transport and logistics centre East-West in the town of Chernyakhovsk was officially launched. The new rail terminal has the capacity to manage 450,000 TEUs a year.

The new terminal, which lies close to the border point Zheleznodorozhny-Skandawa, was created in 2020 on the basis of an agreement between the Russian Transport Ministry, RZD and the government of the Kaliningrad region. The hub will specialise in import and export transport and the handling of transit containers between Europe and Asia. UTLC ERA, the main operator on the route, plans to handle up to two pairs of trains a week in the terminal. The first pilot trains have already passed the test.

The region of Kaliningrad functions as one of the main alternatives to the main route on the New Silk Road via Poland and Belarus. In the Russian enclave, goods are either reloaded on a ship to charter to other European ports, or they stay on the rails but enter Poland at its northern border. In this way, the congested border crossing at Malaszewicze is avoided.

The popularity of this option is apparent. In 2020, a total of around 8 per cent of all rail transport between Europe and China was handled in Kaliningrad. In 2019, this figure was just 3 per cent. This growth is expected to continue over the next few years. A new terminal in the region is therefore not a luxury.

On the opening of the new terminal, Alexey Grom, CEO of UTLC ERA, emphasised the factor of speed, which, in his view, is gaining importance. He went on to point out that speed was not just a matter of how fast the trains travelled but also a matter of how fast decisions were made. He referred to decisions such as adapting transit traffic to new destinations and applying new technology to rail.

As he explained: “This is particularly important today because rail transport plays a strategic role as a land bridge between China and Europe. In August, we agreed on how we were going to work together with the new terminal. And today, only a month or so later, we are handling the first two transit trains from China and Europe.” 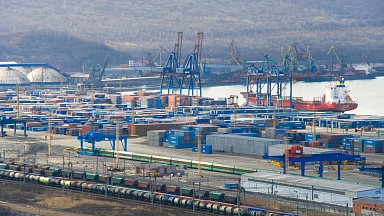 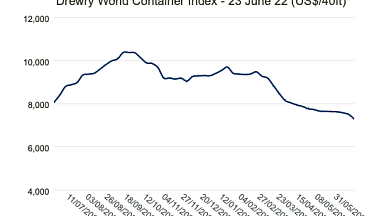 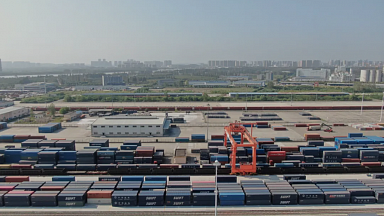 News
A record 330 trains ran on the China-Europe (Wuhan) flight this year
Source: mp.weixin.qq.com
Rail transportation Container shipping
Analytics on topic
Article
Cargoes are not accepted: what is happening at ports and how this will affect prices