‘Rail the real hero of 2020 for the logistics industry’

Rail is the grand winner of 2020. That is of course what rail operators say, but it is also what logistics companies offering multiple solutions claim. An example is RailBridgeCargo, which offers rail as part of the transport solution between Asia and Europe. «Rail is currently the most logical way to transport goods from and to Asia», they say, and if it is up to them, this will not change with the end of the pandemic. In this blog, they explain why rail is here to stay.

BLOG — March 2020: the world’s changing. One after the other country shuts its borders down because of an unknown virus which keeps the media busy 24/7. International travel suddenly became rare, which naturally has its repercussion on international trade.

It is not a secret that from Asia (China in particular) a lot of goods are exported into Europe. The
enormous success of AliExpress is the living proof of this phenomenon. To give you an example: according to research of the CBS (the Dutch national statistical office), in 2018 alone goods were transported from China to the Netherlands with a net worth of 4.2 billion euros. Many organisations in the Netherlands and the rest of Europe are depending on such a powerful country as China when it comes to the sourcing of their goods and materials.

The ‘war for containers’

Traditional ways to transport goods from and to Asia are through air or sea. Shortly after the Covid-19 outbreak the production in China was halted, which led to a cancellation of shipping lines and consequently, a capacity crunch.

After the first wave of the virus, there was an immense increase in consumers products. International trade got an enormous boost while there was a shortage in capacity and containers. The consequence? Logistic costs that went through the roof and transit times in sea freight increased.

The traditional forms of transportation (sea and air freight) both have their pros and cons. Transporting goods by air is fast, but you’ll pay a high price for this service. And this bill is not only presented to you, it is also presented to our earth. The carbon footprint of air freight is enormous. Currently, a lot of organisations want to reduce their own carbon footprint and make the transfer to sea freight. Transit times are longer (on average four weeks from Asia to Western Europe) but carbon footprint is reduced to its minimum and the costs were really low.

Used to be really low, we must say, as this changed again due to the ‘war for containers’. Prices of sea freight
increased three to four times compared to the level before the big outbreak. This makes air and sea freight an expensive option. The only question which remains in this point is: do you choose a longer transit time, or a high carbon footprint when you transport goods from and to Asia?

If you ask us, this is the devil’s dilemma. Luckily, there’s a third means of transportation, which shook all cards again: rail freight. The war for containers also existed within rail cargo and it was inevitable that prices rose because of the whole situation.

The difference with sea freight is that rail doesn’t depend on a single network and the capacity can be expanded with extra containers from inland rail terminals. This means that rail is currently the most logical way to transport goods from and to Asia. Transit times are twice as short compared to sea freight and the carbon footprint is 27 times lower compared to air freight. If you ask us, this makes rail the real hero of 2020 for the logistics industry.

Back to the old situation?

Does this mean that after the pandemic it will be all reversed and air and sea freight will be market leaders again? We don’t believe so. Because of the expanding rail network of the New Silk Road, the continents Europe, Africa and Asia are connected by rail. Now that we’ve all got a taste of the potential of rail freight, we believe that it will become the new leader in international trade over land. Transit times become shorter, prices remain stable, and the carbon footprints will reduce tremendously.

The pandemic showed organisation how vulnerable logistic processes are when you focus only on air or sea freight. With organisations setting stricter environmental goals, rail has become a serious competitor. Rail can also be used in addition to oversea transports.

Rail Bridge Cargo uses rail cargo as a part of its transportation to get cargo quickly from Asia to Europe, using the New Silk Road. Because we are independent, we have a great network of different routes and multiple carriers. In this way we remain flexible, we can provide customised solutions and we can help you with different logistic challenges. With our proven track record and ongoing analysis we can guarantee short transit times. Are you looking for a reliable company who can unburden you from A to Z with your logistic problem? Challenge
us and request a test shipment! 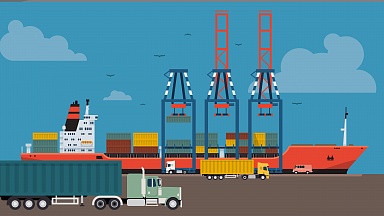 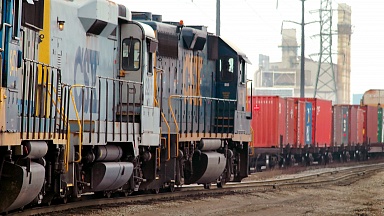 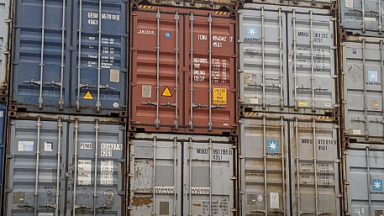