Rail transport in Eurasia in 2019

The fast-growing and competitive sector of rail container transportation in the China -Europe — China traffic meets the main challenges of the logistics market.

Rail transport has a huge potential in the Eurasian space: every year, rail transportation becomes more and more competitive due to modernization of the terminal and linear infrastructure, development of legal regulation. Currently, railway transport between Europe and China is carried out by four main routes: through Belarus, Russia and Kazakhstan (Kartaly/Kanisai, UTLC ERA route); through Russia (Zabaykalsk); through Mongolia (Naushki); through Russia (ports of the Russian Far East and Grodekovo). The route through the territory of Kazakhstan, Russia and Belarus steadily leads among other rail container transport routes. At the same time, 2019 showed a record volume of goods transported by this route, the value of which for the first time reached the level of 300 thousand TEU/year.

The past year was indicative in terms of reducing the time of cargo delivery due to a sharp increase in the speed of trains travelling by the routes: the speed increased by 13.3 %, reaching 1,056 km/day. Currently, the average total transit time through Belarus, Russia and Kazakhstan is 5.14 days. Trains from China to Europe in 2019 were almost fully loaded (the empty share was 1% of the total physical volume of goods transported), and for the way back the trains continued to be underloaded, but in 2019 the share of loaded containers in the total volume of goods transported reached its maximum level for the past four years (71 %).

The geography of services in the transit corridor for the previous year expanded to 33 cities in the European Union, with 11 new cities joining, including Barcelona, Liège, Luxembourg, Budapest, Verona, etc. Also, 27 cities in the territory of China were involved in the general railway freight communication between Europe and China. There exist more than 55 routes (with the key ones in TEU terms including Chongqing — Duisburg, Xi’an — Malashevich and Chengdu — Lodz) between various points in Europe and China. One example of a new route is Xi’an — Neuss, which covered the whole way in just 12 days. 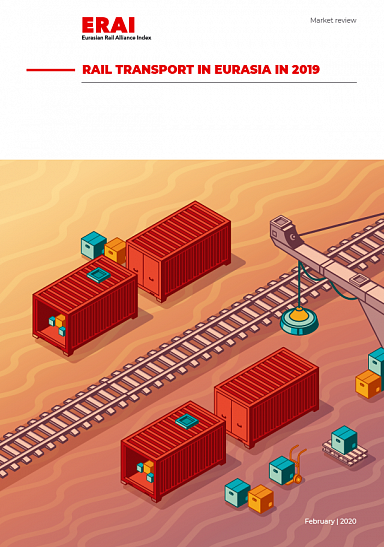 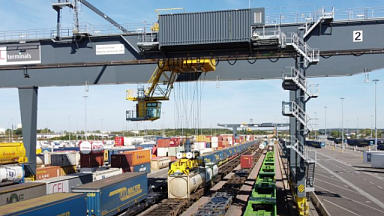 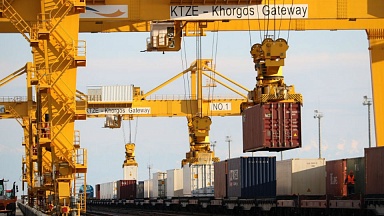 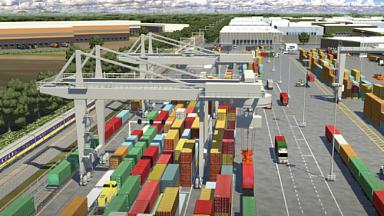 News
Cabooter Group starts construction of Europe’s largest inland terminal
Source: Railfreight
Railway checkpoints Rail transportation
Analytics on topic
Article
Will China Railway Express boom in 2020?
During the month of December we have celebrated the fifth anniversary of the first cargo train Yiwu-Madrid (China Railway Express). In November of 2014, the Chinese and Spanish Governments both witnessed the longest railway route in the world being born. By then, the company responsible of the initiative, Yixinou, was able to manage one train to one destination. Five years later, we are confident to reach a total number of 500 trains operating to 11 different worldwide destinations departing or arriving in Yiwu, East China’s Zhejiang Province.
Source: Global Times
Rail transportation Spain Zhejiang
Article
How viable are Germany’s rail freight targets?