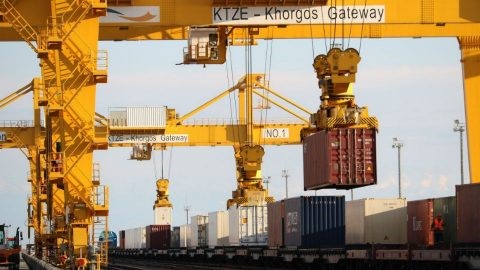 Kazakhstan has closed its borders for all train, bus and air traffic from China, but remains open to freight transport. This was announced by the Kazakh commission of transport on Wednesday 29 January. The measures are taken to prevent the coronavirus from spreading, however, general freight traffic is not considered a risk.

The border crossing between Kazakhstan and China is crucial for rail freight transport between Europe and Asia. The main corridor runs via Kazakhstan, Russia and Belarus to Poland, and other European countries. A closure of the border for freight traffic would have a considerable impact on the global economy.

Despite rumours in the media that the border between the countries would temporarily be closed, the commission of transport stated clearly that this is not the case on Wednesday. «Freight trains are operated in both directions. We are talking about containerised, inanimate transportation, mainly consumer goods», said the chairman of the committee Samat Gilimov, cited on the Kazakh media site Inbusiness. Gillimov was asked about the transport of agricultural animals, that could form a risk as the coronavirus is transmitted by humans and animals. According to his statement to the media, this type of cargo is not permitted to follow suit. Logistics providers do report additional inspections at the border.

From 29 January, passenger bus services between Kazakhstan and China are suspended. From 1 February passsenger trains will no longer run between the countries and from 3 February, regular air traffic will come to a stop. This is to prevent the spread of the coronavirus in Kazakhstan, the commission officially announced on Wednesday. On Monday, the Kazakh news outlet Kazinform reported that "the International Center of Boundary Cooperation ‘Khorgos’ will be shut down until 15 February to prevent the spread of the coronavirus from China, quoting the press service of the governor of Almaty region.

Due to such rumours, it was a journey of uncertainty for those operators pursuing the westbound trip. Nunner Logistics, a company based in the Netherlands, departed a train from Xi’an on Monday, eager to see if it would make it to across the border. On Thursday morning, they received the positive news that the train passed the checkpoints, said Erik Groot Wassink, director special products at the company. Until now, all border crossings remain open for freight traffic, according to rail carrier RTSB. "The closures only concern passenger traffic, Kateryna Negrieieva from RTSB said. 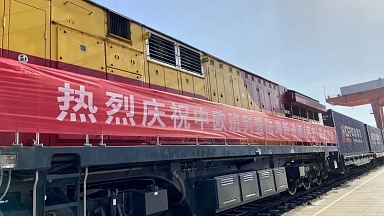 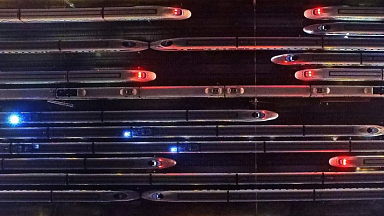 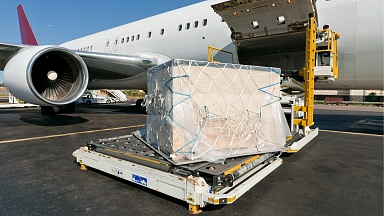 Source: Reuters
Economy China COVID-19
Article
Can the New Silk Road Compete with the Maritime Silk Road?
What are the pros and cons of the rail routes compared to the sea?
Source:
Sea transportation Belt and Road Initiative Transport corridors China EU