A European Silk Road could contribute to the recovery of Europe after COVID-19. Alternatively, a network of high-speed railway lines should help restoring the continent. This was concluded by Economists at the Vienna Institute for International Economic Research in a recently published report «How to Spend: Proposals for Restoring Europe after COVID-19.»

According to researchers, in order to restore the EU more effectively after the pandemic, which caused a serious blow to the economies of all countries, it will be necessary to spend at least 2 trillion euros instead of 750 billion euros as planned. This is not only on transport (also public health and energy/decarbonisation), but a well-functioning transport network plays an important role, the report suggests.

The European Silk Road (ESR) is a modal suggested by Holzner et al. (2018) and Holzner (2019), where the importance of Eastern Europe is emphasised. Europe’s infrastructure is in a bad state, and current European infrastructure initiatives are insufficient and piecemeal. The European Silk Road could connect the industrial areas of the west with the populous, but less developed, regions in the east of the continent, the report from Vienna reads.

«According to a conservative estimate, the European Silk Road could lead to an economic growth of 3.5 per cent on average and an increase in employment of around 2 million along its routes in the course of an investment period of 10 years», the scientists say. «The improved infrastructure of the key route could yield significant time savings of over 8 per cent in road transport on the northern route into the central region of Russia alone. On average this would save approximately 2.5 hours, for instance from Vienna. Thus, the countries along the northern route would be able to increase their exports to Russia by more than 11 per cent. This would imply additional exports of over 12.5 billion euros. Again, these are very conservative estimates and likely gains in time savings could be substantially higher.»

In order to conduct and finance the project, the Viennese propose establishing a European Silk Road Trust (ESRT) as a public limited company. «This would allow for the extra-budgetary financing of investment in infrastructure. While the ESRT (owned by the euro area countries, other EU countries and third countries that wish to join in the construction of the European Silk Road) could rely on a public guarantee when it comes to issuing long-term bonds (at currently zero or even negative interest rates), it would formally be part of the private sector, especially as it would have sufficient income of its own from private customers (tolls).»

The report also suggests an alternative solution to improving the European infrastructure network, albeit more catered towards passenger movement. This is the Ultra Rapid Train (URT), of which the network should be a new double-track high-speed railway system that is complementary to the existing networks. This would also free up capacity for freight. 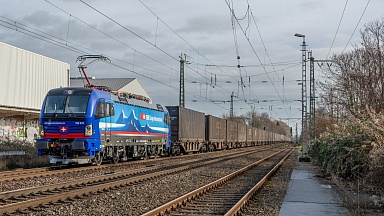 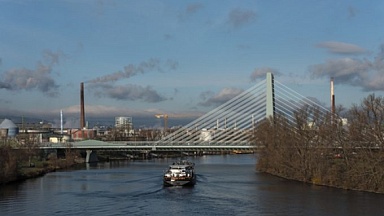 News
Bottlenecks at North Europe deepsea ports the real cause of barge delays
Source: The Loadstar
Europe Sea transportation
Analytics on topic
Article
The EU’s unsustainable China strategy
Can the EU continue to balance its relationships with China and the US in the context of increased rivalry between the superpowers?
Source:
Europe International trade China
Article
Turkey's place in the Asia-Europe logistics reconfiguration

With great ambitions in transport and logistics, Turkey hopes to benefit from the reconfiguration of global supply chains.