This is what Europeans want from the New Silk Road

«Connections by rail to the rest of Europe, that is what Europeans want from the New Silk Road», says Martin Koubek, Director of METRANS Silk Road. This is his take on the European perspective of the railway network between China and Europe. This will only be successful if these connections don’t end in final destinations, but are linked to hubs that have further rail connections.

In Europe there are not so many hub terminals having such possibilities, he says. «The terminals of METRANS are connected to the European network, basically on a daily basis. This is, from a European perspective, very important as our solution isn´t to transport containers on long distances by truck, but to use rail wherever is possible.»

«For example, a train from China that arrives in Česká Třebová(Czech Republic) could deliver cargo to sixteen different METRANS terminals and five seaports within 48 hours, and most of them within 24 hours. Such terminals might be ideal counterparts for the New Silk Road hubs in China.»

The intermodal operator has emphasized the relevance of a hub-and-spokes system before. From the very beginning of its history, METRANS has focused on the connections between seaports, mainly the Port of Hamburg, and the hinterland countries such as Czechia. As of today, the railway undertaking is trying to integrate its regular lines with the New Silk Road connections.

«We started with one terminal in Prague to connect the Port of Hamburg with Czechia. We grew year by year. Now we are operating 17 terminals and depots. Of these, we have five hub terminals that are located in different countries» Koubek said. These hubs are Prague and Česká Třebová (Czechia), Dunajská Streda (Slovakia) Budapest (Hungary) and Poznań (Poland).

Home base Hamburg remains a destination of incredible importance for the company. Very important for us is also Hamburg as a hub and one of the biggest rail stations. «What is interesting here is the range of connections, not only offered by us but generally. You have sea connections from all over the world, and at the same time there are Silk Road connections through all available border crossings.» Indeed, there is a connection to Malaszewicze-Brest, but also to Kaliningrad and Ukraine. Some cargo is directed via Bruzgi and Sławków (Poland) and Hungary, which are developing alternative routes between China and Europe. «This is really unique and we are happy to discover new routes together with our clients.

«Last year we developed a connection to Hamburg that is completely supported by our own services. It is operated by our locomotives and wagons, and through our terminals and further to Bavaria, Berlin and Leipzig. This is really a huge step forward. Today you can see a METRANS locomotive in Malaszewicze on a daily basis, what was not the standard a year ago, although it is the standard in Hamburg for some years already», Koubek says.

On the alternative routes, METRANS now offers services from its Budapest Csepel terminal. From here, a dedicated truck fleet serves the Balkan countries and Eastern Europe, with connections to south Europe via Koper. The terminal has a daily connection also to the west — Austria, Czech Republic, Germany, Slovakia and the Netherlands. «This is also unique on the Hungarian market. The hub terminal in Budapest is important for METRANS not only as a New Silk Road node, but also for consolidation of maritime cargo.» 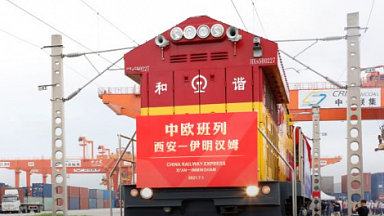 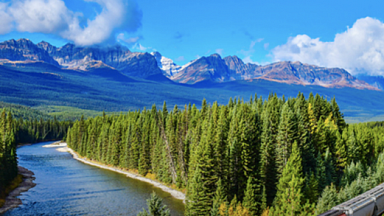 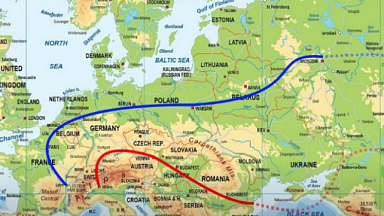