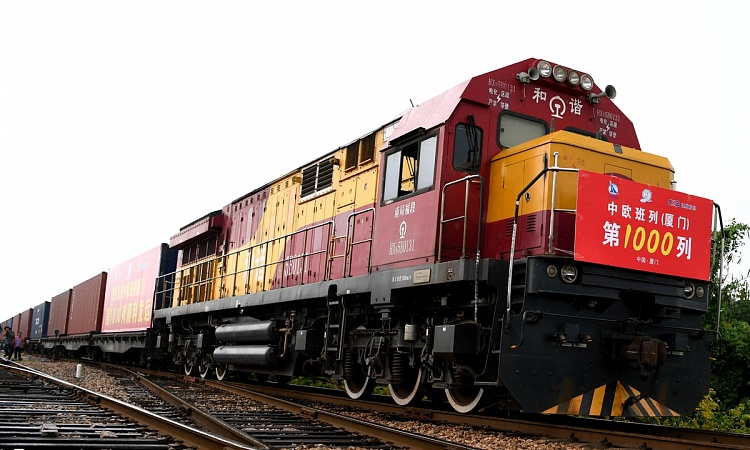 Construction on the first river-crossing railway bridge between China and Russia was completed on Tuesday. With overland transport infrastructure increasingly enhanced and accessible, new artery will effectively link up numerous inland countries and cities and release unrivalled economic and trade potential.

The 7,194-meter long railway bridge connects Tongjiang city in Northeast China’s Heilongjiang Province and Nizhneleninskoye in Russia, linking ports in the two cities and the Far East railway in Russia northward, and extending to the Russian heartland through Trans-Siberian Railway westward. The new rail route between the two nations also blazes a trail toward Europe, according to China Central Television.

It is a latest example of the two nations jointly promoting infrastructure cooperation under the Belt and Road Initiative (BRI), reflecting a trend of Eurasian nations embracing interconnectivity through which regional economies, especially inland nations with undeveloped trade infrastructure, could speed up economic and social development.

For a long time, global trade has been highly reliant on sea freight, with coastal and island states having advantages in dominating cross-border trade. From the Netherlands, Spain, the UK and the US, all recorded rapid expansion through mastery of maritime power. By contrast, inland economies and cities appeared to be in a weak position in participating in global trade due to lack of sea ports and weak connections with maritime commerce.

The pattern, however, has already seen transformation in Eurasia over recent years. Since the first China-Europe freight train departed from Southwest China’s Chongqing Municipality to Duisburg, Germany in March 2011, the overland railway system has developed 10 years. Over the past 10 years, the number of journeys made by China-Europe freight trains exceeded 40,000 in total, including over 10,000 in 2020 alone.

The China-Europe Railway Express has altogether developed 73 routes, reaching more than 160 cities in 22 European countries. Behind the eye-catching numbers, these routes support business and job opportunities, providing access to much needed economic development for the countries covered by the network. Following the pandemic outbreak, freight trains have delivered essential personal protective equipment (PPE), necessary daily supplies and other much needed raw materials.

In the first five months of the year, trade between China and Central Asian countries reached $16.86 billion, up 24.5 percent year-on-year, among which bilateral trade with Kyrgyzstan increased 56 percent.

Meanwhile, ocean freight was hit hard during the health crisis with ports shutting down due to infections and container distribution being disrupted due to an uneven recovery between different countries. Besides obstructed production, trading firms have also had to cope with rocketing freight rates. Misfortunes never come alone, the well-known Suez Canal jam in March also disrupted a key shipping channel, with many observers saying the ripple effects are still being felt.

Alongside the shaping up of overland transport systems in Eurasia, the untapped economic and trading potential within the continent is set to be unleashed, bringing in synergetic development to regional economies and boosting economic integration between different regions across the continent. It is fair to say that the international trading patterns are undergoing a historical change; and it is certain that in this new era, overland trading will play a more important role. 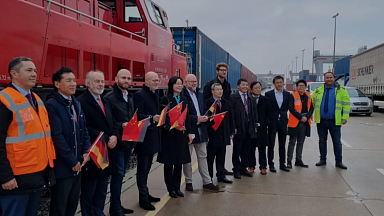 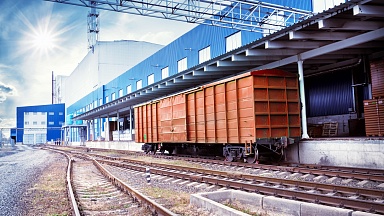